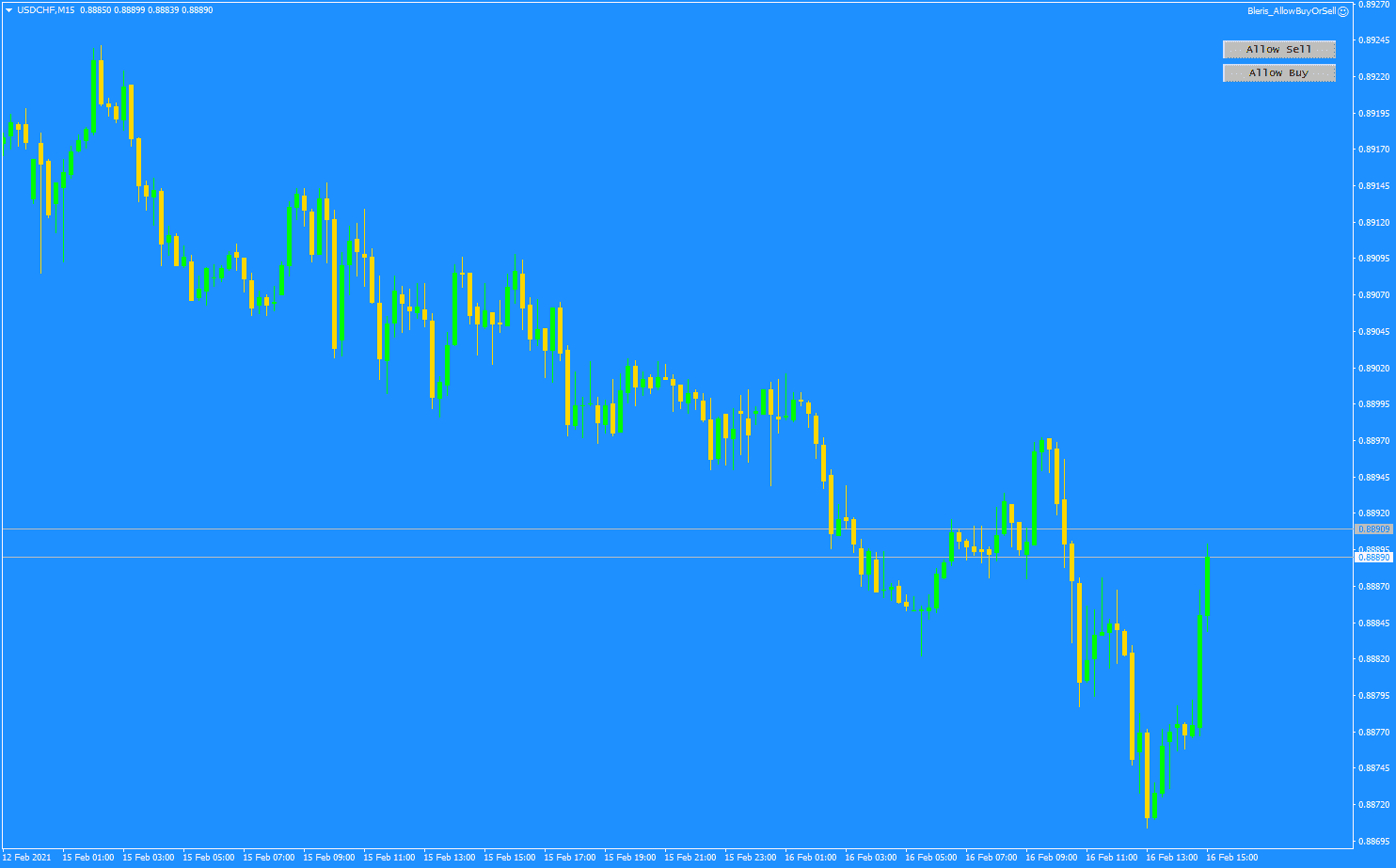 By default, the Bleris Hedging Strategy Expert Advisor For MT4 works on the daily chart so it should be attached to any symbol set on the daily timeframe. This way the trading algorithm works as designed. As observed in testing, the robot is more of a martingale system than a hedging system. The martingale strategy is designed to open trades with increasing lot sizes in line or against the trend and to close the set of trades when a certain profit target is reached. The hedging strategy is intended to recover from a string of losses that comes from time to time.

Running the trading system in the strategy tester using nine months of historical data showed a performance that is beyond expectation. The return on investment was unbelievably high, although the drawdown was considerable. The initial test resulted in a net profit of eight percent per month using the default settings. The equity line looked interesting as well. Due to the use of martingale lot sizing, implementing this trading system exposes the capital to elevated risks. Therefore, the user must do further testing to confirm the profitability and safety of using this robot in live account. 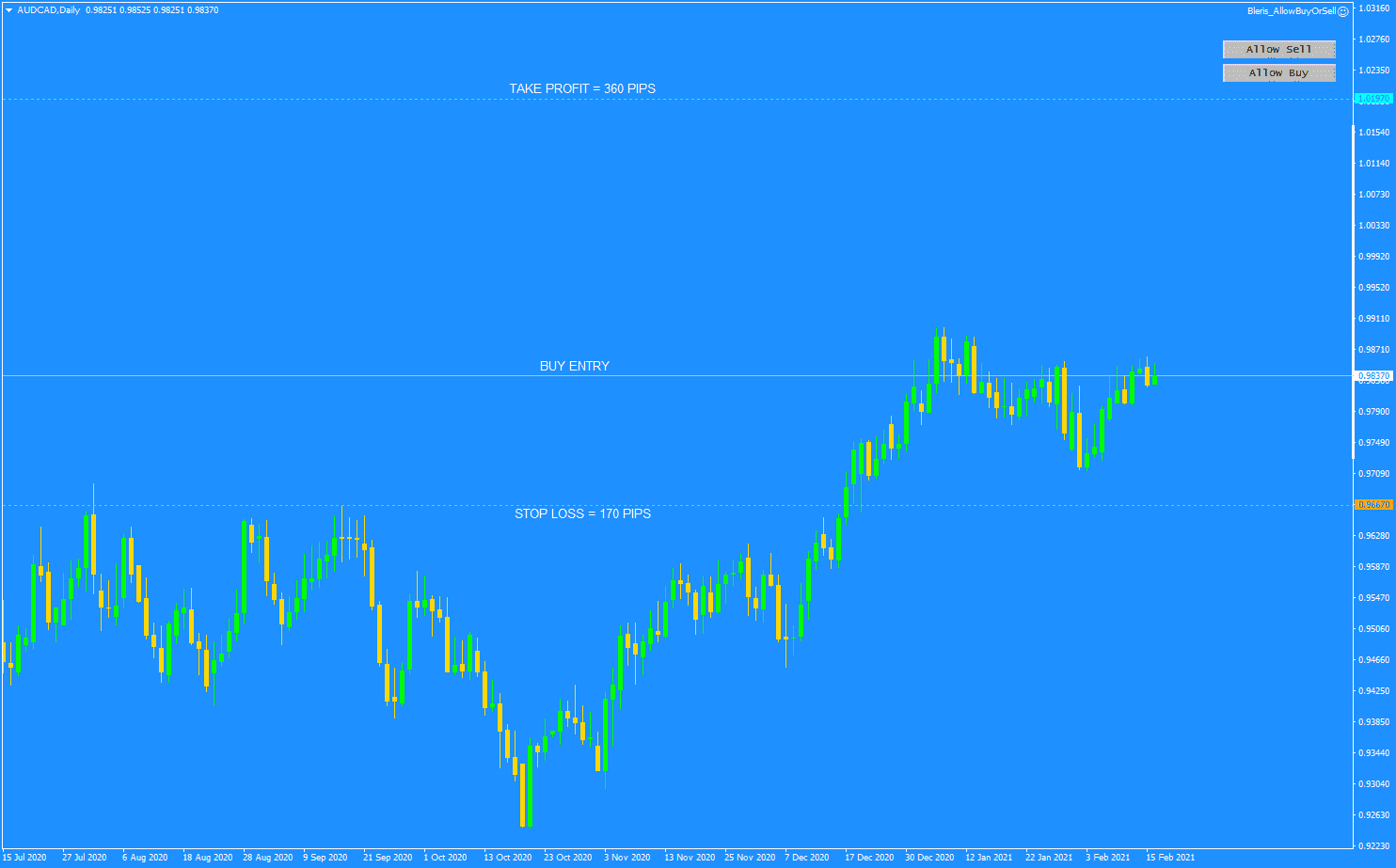 The expert advisor provides the user with a set of variables to adjust at will to achieve his desired results. The most important variables are extracted and explained below to shorten the learning curve of the user:

The expert advisor does not use technical indicators to define a trade entry. It uses price movement alone to define the trend and enter trades in that direction. By default, the robot determines the highest highs and lowest lows of the last 24 candles starting from candle zero, candle 24 and candle 48. If the three values of the highest highs are decreasing, the trend is down so a sell signal is given. If the three values of the lowest lows are increasing, the trend is up so a buy signal is indicated.

When a trade signal has been obtained and there is no open trade yet on the current symbol, the expert advisor opens a trade with the initial lot size declared in Inputs. Upon entry, the robot sets the stop loss to 170 pips and the take profit to 360 pips, putting the risk-reward balance in favor of the trader. When price has gone at least 60 pips against the initial trade and a signal similar to the first trade has occurred, the robot will open another trade with a bigger lot size. This trade also has the same amounts of stop loss and take profit as the previous trade.

There is no variable in Inputs that the user can use to set the maximum number of trades. This aspect of trading is controlled by the maximum lot size allowed, which the user can adjust in Inputs. The default maximum trade volume is 10 lots. The robot takes only one type of trade at a time. If the initial trade is a buy trade, the robot will not look for a sell signal and will not execute a sell trade. The same is true for the other side.

The Bleris Hedging Strategy Expert Advisor allows the market to decide the result of each trade most of the time. Although this trading system makes use of some type of martingale lot sizing, trade management is still done individually for each trade. When a trade cycle contains multiple trades, normally the basket of trades is against the current trade. As a result, newer trades tend to hit stop loss more than older trades, putting a considerable dent in the account balance.

Even if trades are closed in loss in this manner, the trade lot size is not reset to the original size. The trade volume keeps on increasing nevertheless. The only time that the lot size is restored to the initial value is when a set of trades is forcibly closed by the robot when the target profit is reached.

As previously mentioned, the Bleris Hedging Strategy Expert Advisor was subjected to nine months of testing using historical data to determine its profitability, and the result was amazing. While the maximal drawdown was a bit high (28 percent), the profit factor was significant (3.79). A trading system needs only a profit factor that is a little greater than one to be profitable.

The amount of profit factor for this robot is just so huge, meaning the robot has the capacity to produce a big return on investment in a short period of time. The possible reason for this is the big win rate (60 percent) coupled with the martingale lot sizing. Throughout the test period, the robot opened mostly buy trades. The only time sell trades were opened was when the recovery mode was activated.