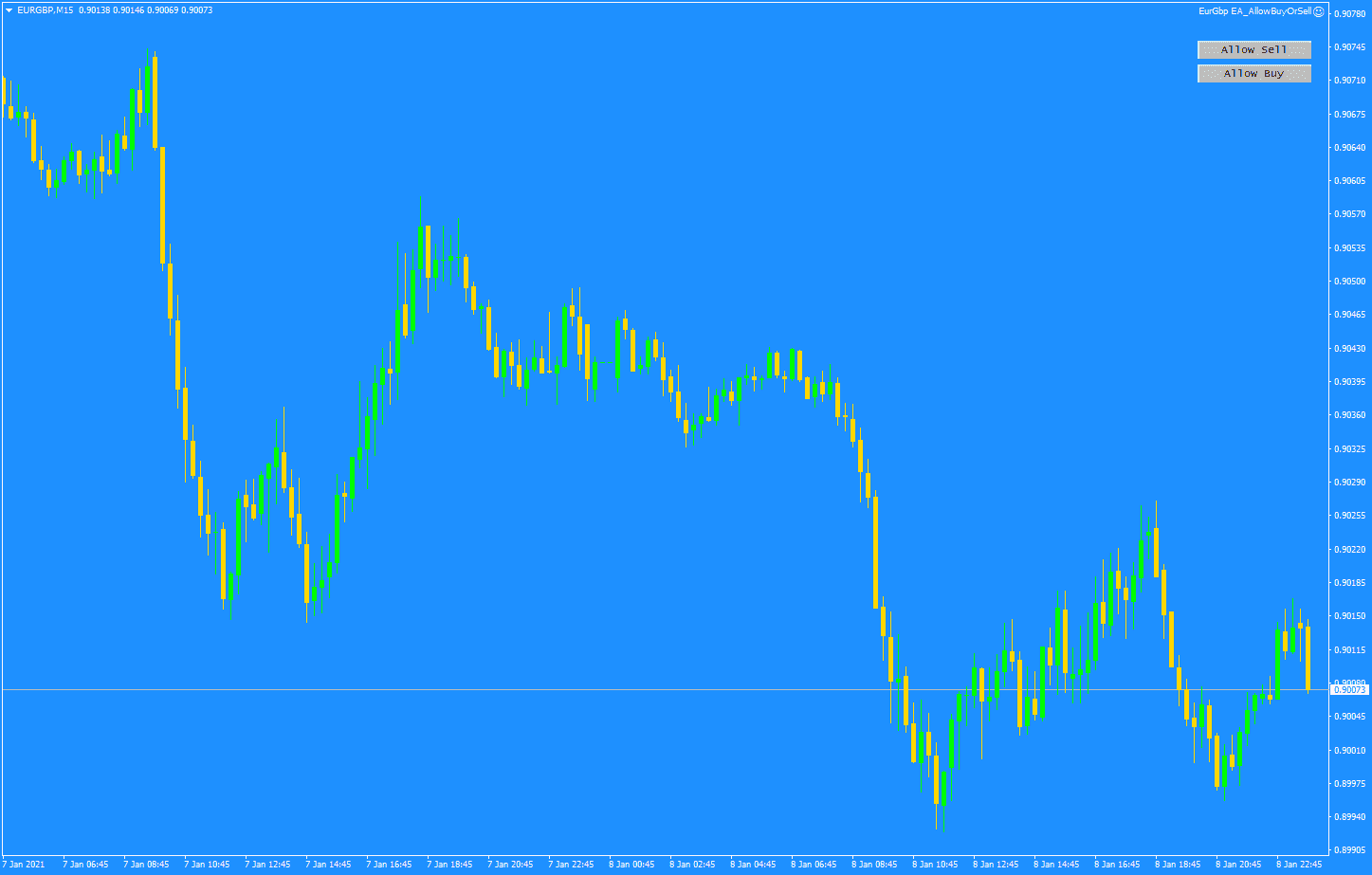 The EurGbp Expert Advisor for MetaTrader4 is an advanced automated trading system for MetaTrader4 platform. As the name suggests, this expert advisor is designed to be used in the EURGBP pair. While it appears that this trading system works in the strategy tester when applied to any currency pair and any period, the testing result cannot be used to judge the effectiveness of the robot for profit generation as the robot is designed to work in one currency pair (EURGBP) only. If the user wants to run the program in another trading symbol, the program code must be directly modified by hard coding the desired trading instruments.

This expert advisor applies the principle of triple hedging in generating and executing trade signals. This signal comes from the MACD values of the other two currency pairs (EURUSD and GBPUSD) forming the triple hedge with EURGBP. With this setup, the only way to test the robot for profitability is through demo trading using several months of live market data. To see if the trading algorithm works, testing in the strategy tester can be done, though. One such testing is discussed in the next paragraph.

Five months of testing using historical price data in one symbol and one period showed an interesting result. Minimal profit was gained, win rate was high (67 percent) and drawdown was low (less than one percent). It seems the robot does not take too many trades. In this testing, only 36 trades were executed in five months of data. Testing with the suggested EURGBP pair produced almost the same results. 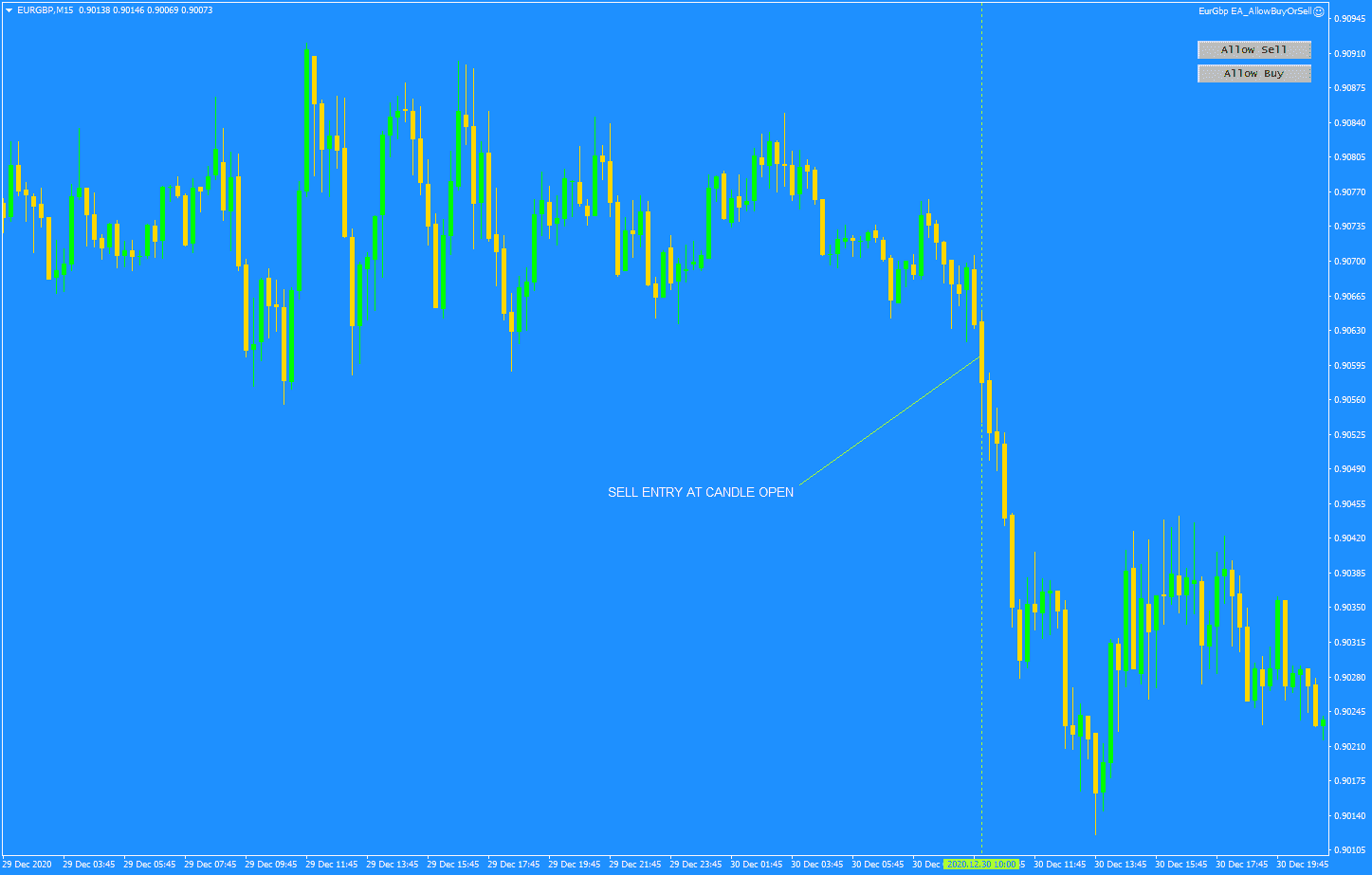 The EurGbp Expert Advisor looks for trade opportunities on every new candle. It does not perform deep mathematical calculations to obtain values for later display or for use in generating trade signals. Once a new candle has formed, the robot immediately executes its trading algorithm based on the default settings or the parameters set by the user in Inputs.

The user must fully understand the parameters and as necessary set new values so that the robot delivers as the user specifies. All parameters available to the user to adjust are listed and explained below:

The expert advisor uses a set of moving average convergence divergence (MACD) indicators to identify a trading opportunity and to determine which side of the market to trade. The indicator settings used are outlined below:

While the EurGbp Expert Advisor for MetaTrader4 looks complex from the outside, it uses a simple method in managing open trades. It wholly relies on the market to decide the fate of every trade. A trade will be profitable if it hits the take profit target or unprofitable if it hits the stop loss limit. The robot does not use trailing stop or breakeven to manage open orders.

At first glance, someone might assume that this trading system will not be profitable due to how the take profit and the stop loss are set up. With the default setting, the robot has to win approximately two times to get to the breakeven point if in case it comes from a losing trade. However, this expectation is not true at all. Testing reveals that the robot was able to make money regardless.

The EurGbp Expert Advisor For MT4 – Suggestions for Improvement

Judging by its program code, the EurGbp Expert Advisor is a sophisticated trading system created by someone with expert knowledge of the MQL4 programming language. The only way to get an idea on how the trading robot works is to observe it in action in the strategy tester. However, as already mentioned, the intention of running the robot in back testing should only be to understand if the trading algorithm works as designed.

The trading system takes the principle of triple currency hedging into effect. While it does not open trades in three different pairs simultaneously, it uses information from two correlated pairs to define the direction of the trade for the designated currency pair (EURGBP). Due to its design, the only way to know if the robot has the capacity to generate profits for the trader is through forward testing using a good amount of real-time market data. In this way, the robot can get the MACD values from the EURUSD and GBPUSD pairs to be used in trading the EURGBP pair.

This type of testing would take time. If possible, the user should consider doing the forward testing in a virtual private server to ensure that testing is run continuously without interruptions. This might be an individual journey for interested traders. Only those willing to invest the needed time in this journey can reap the potential reward. The hedging strategy is an area of trading that many traders find interesting to explore.