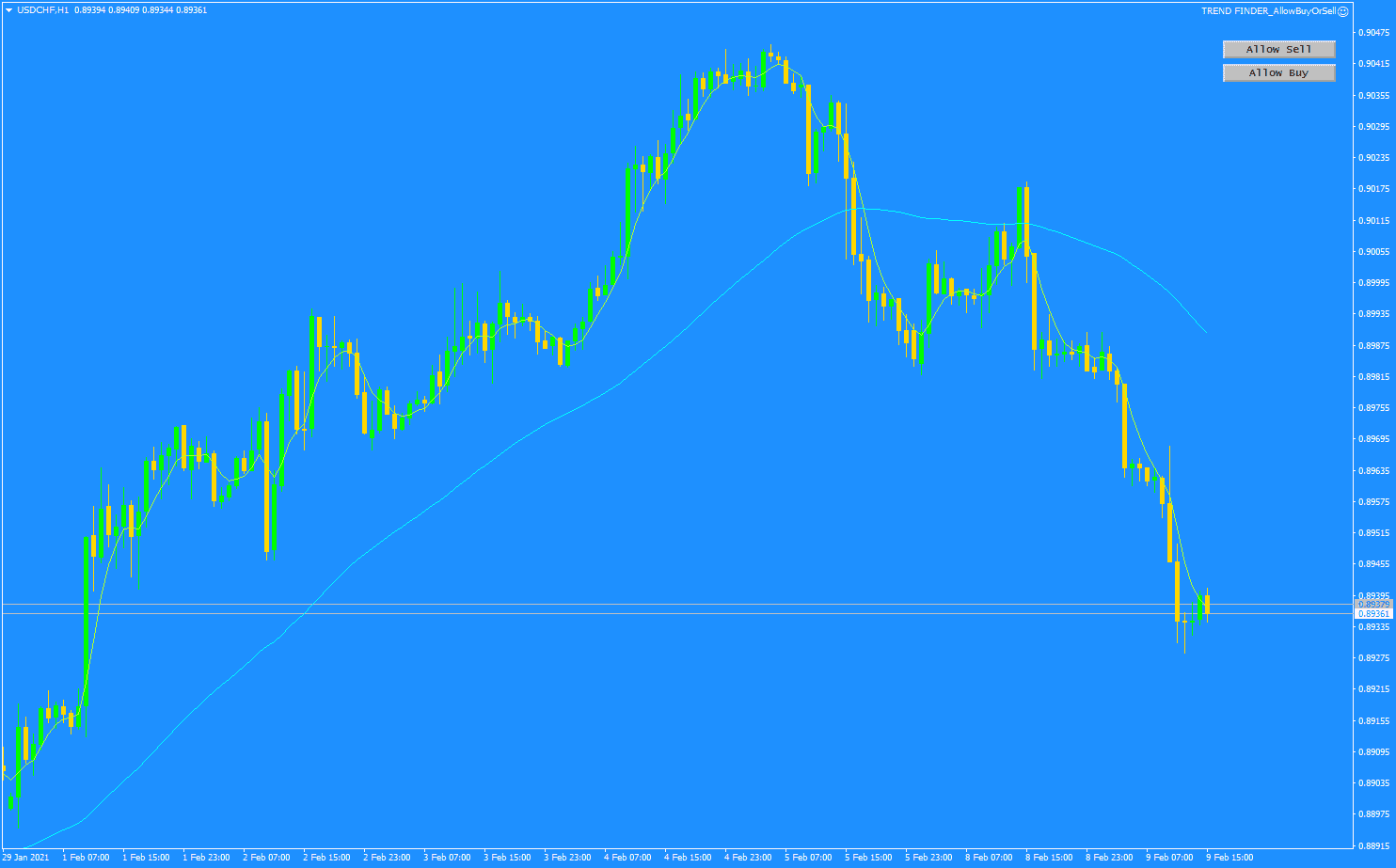 The Trend Finder Expert Advisor For MT4 utilizes a combination of the moving average and price action to find the trend on the active chart of a selected instrument and execute the trade accordingly. In this trading system, a crossover of a pair of moving averages is used as one trend filter. The other trend filter is a well-defined candlestick setup. With the use of the second filter, it becomes clear that the term “trend” in this trading system refers to a breakout of a candle formation. 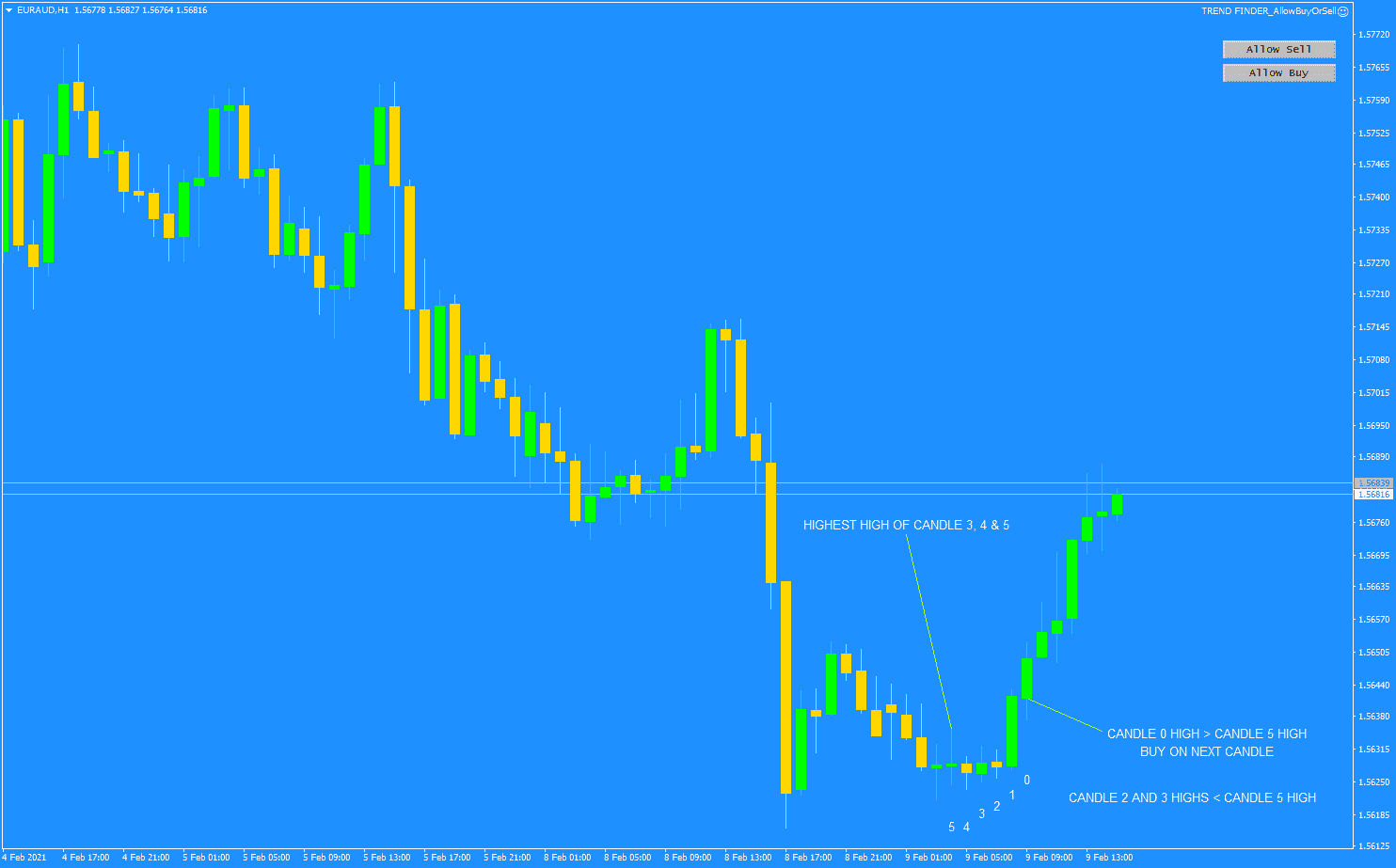 The Trend Finder Expert Advisor attempts to find a trade opportunity on every new candle. Before the actual trade hunting operation, though, the robot checks first if the current drawdown is within acceptable range, if there are more than 100 bars on the current chart, if the take profit is greater than 10 pips and if the account has enough free margin to handle new trades. If everything is right, the robot looks at the technical tools for a possible trade entry.

The user is given some freedom on the manner of implementing the trading system. To find the best settings, the user can tweak any of the parameters available in Inputs. These parameters and their default values are explained below:


The trading system makes use of various technical tools in an effort to find high-probability trade entries. These tools include candlesticks and moving average and momentum indicators. How these tools are used for trade generation is fully explained in the following:

In subsequent candles when another trade signal arises, a trade can be added on each candle as long as the maximum number of 10 orders is not reached. Subsequent trades opened by this robot have the same lot size, stop loss and take profit values as the initial trade. While a trade cycle may contain multiple trade orders, the expert advisor will manage each trade individually.

Trade management in the Trend Finder Expert Advisor is done in two ways depending on which scenario occurs. If a trade is winning and happens to gain at least 30 pips, the breakeven function comes in to secure the trade by placing its stop loss on the entry price. If the trade gains 15 more pips, the breakeven function takes effect. If not, the trade will be closed after sometime at breakeven. In case a trade is not able to gather 30 pips or goes in the wrong direction right away without seeing green pips, it will be exited at some point at the stop loss price.

The Trend Finder Expert Advisor For MT4 – Room for Improvement

The Trend Finder Expert Advisor must be improved programmatically to be able to generate profit for the trader. One such improvement is making sure the trades do not overlap or sit too close to each other in a tight price range. This might be the cause why the trading system failed to make money in testing. To resolve this issue, a minimum distance between trade entries should be established. Since the expert advisor takes a trade when a new candle has formed, it would not be difficult to apply this resolution into the code.