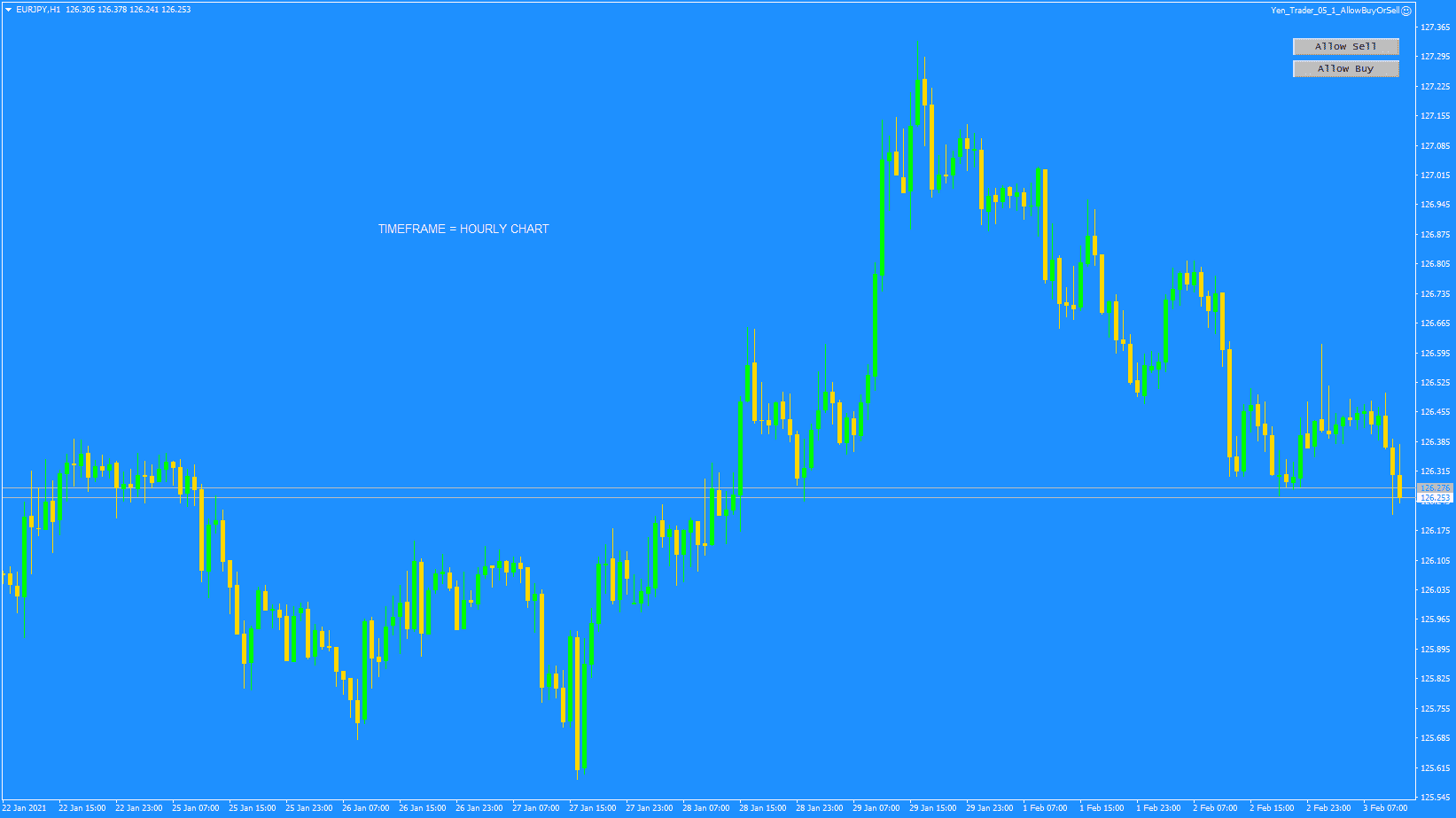 The Yen Trader Expert Advisor For MT4, as the name suggests, is designed to be used in trading yen pairs of the foreign exchange market. Therefore, the user must apply the robot to any of the following pairs: GBPJPY, USDJPY, EURJPY, USDJPY, CHFJPY, AUDJPY or CADJPY. While the user can use exotic pairs having yen as a counter-currency, the major pairs are preferred due to their relatively lower spreads and stop levels. With the default settings, the trading system should be traded on GBPJPY hourly chart, so the user must attach the robot to this specific pair and period. 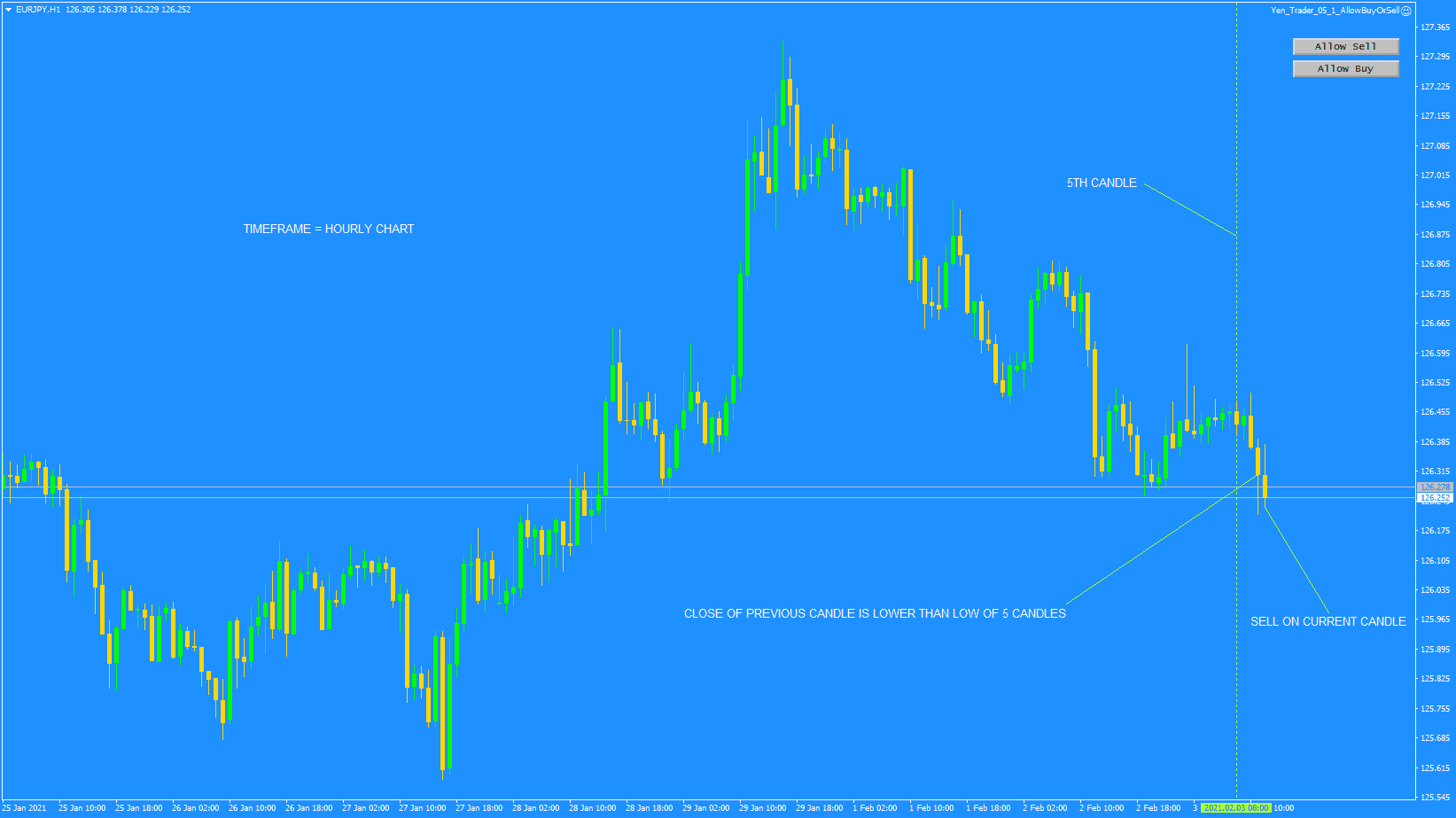 The Yen Trader Expert Advisor executes its main trading algorithm when a new candle has developed on the current timeframe (should be hourly chart). Before someone uses this expert advisor in trading, he must fully understand a wide range of parameters in Inputs to make full use of this trading system.

Since Fixed_Lot_Size (see above list) is equal to zero by default, the expert advisor does not use a constant lot size and ignores the lot amount set in Inputs. Instead, the lot size is calculated based on risk percentage. The trade volume may be big or small depending on the account size, but normally the lot size is bigger than the minimum lot amount provided by many brokers (normally 0.01). If the account has made money on the previous trade, the lot size for the next trade is bigger. On the contrary, if the previous trade was a loss, the lot size of the next trade is smaller.

As set out in Inputs, the Yen Trader Expert Advisor sets a stop loss of 100 pips and a take profit of 500 pips in each trade. With this risk-reward ratio, a trade campaign should succeed over the long term. This is because the trading system would not need a high win rate to make money. However, the balance between risk and reward is disturbed because of the breakeven and trail stop functions.

When a winning trade gains at least 20 pips, its stop loss is immediately moved to breakeven and trailing stop follows thereafter. Every additional pip gained would prompt the expert advisor to move the stop loss to the same amount, locking in one more pip every time. This will continue until price touches either the take profit target or the new stop loss price. However, as observed in testing, the take profit was not reached even once. This is because the take profit objective is way too far.

The Yen Trader Expert Advisor For MT4 – Room for Improvement

The Yen Trader Expert Advisor did not take a lot of trades during testing. The test was run for five months of test data in the GBPJPY hourly chart, but the robot executed just nine trades. The test result was not positive but not too bad either. A little portion of the capital was lost, and the drawdown was somewhat high (about 10 percent). The loss happened even if the robot won 88 percent of all trades opened.

When the journal in the back tester was checked, it was noted that several errors in order modification happened. The actual error was related to invalid stops. It was interesting to note that this error came even when the take profit and stop loss were placed way too far from the market price. The reason for this error cannot be accurately established at this point. It could be some type of error in the algorithm. Therefore, before someone attempts another test in the strategy tester or demo account, the issue must be addressed first via code review.