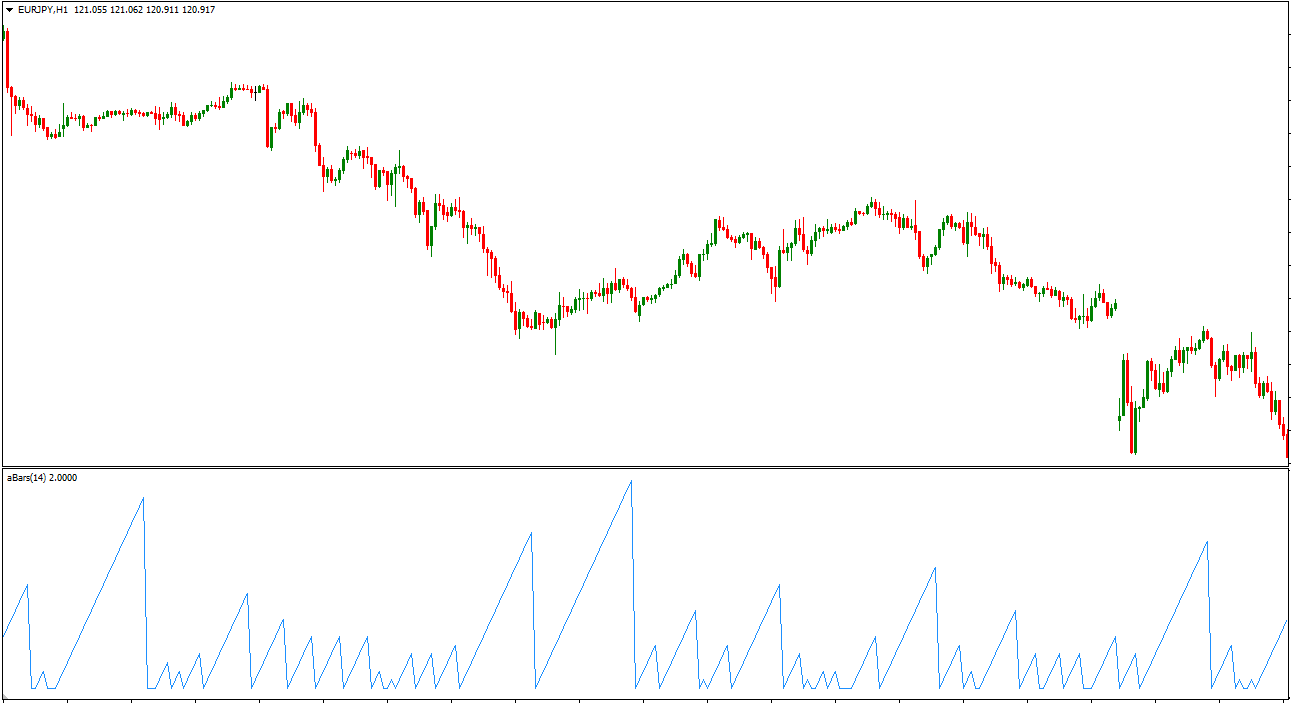 The Awesome Bar Counter for Meta Trader 4 is an indicator that helps traders to clearly see what is going on with a trend and when the trend is about to end or when a new trend is about to start by counting the bars and measuring the amount of volatility each bar represents. This can be very useful to a trader as it will help the trader to be better aware of coming price reversals and changes in direction and plan trades accordingly.

One of the major advantages of using the Awesome Bar Counter for Meta Trader 4 to the trader is that it enables the trader to spot when a new trend is about to start in the market and offers the trader an entry possibility into such trends. The indicator does this by helping the trader to measure trading activity across a current trend by measuring the way its bars are uniformly created. Any break in this uniformity would usually imply to the trader that there is about to be a shift in trend activity and a likely trend change is pending. 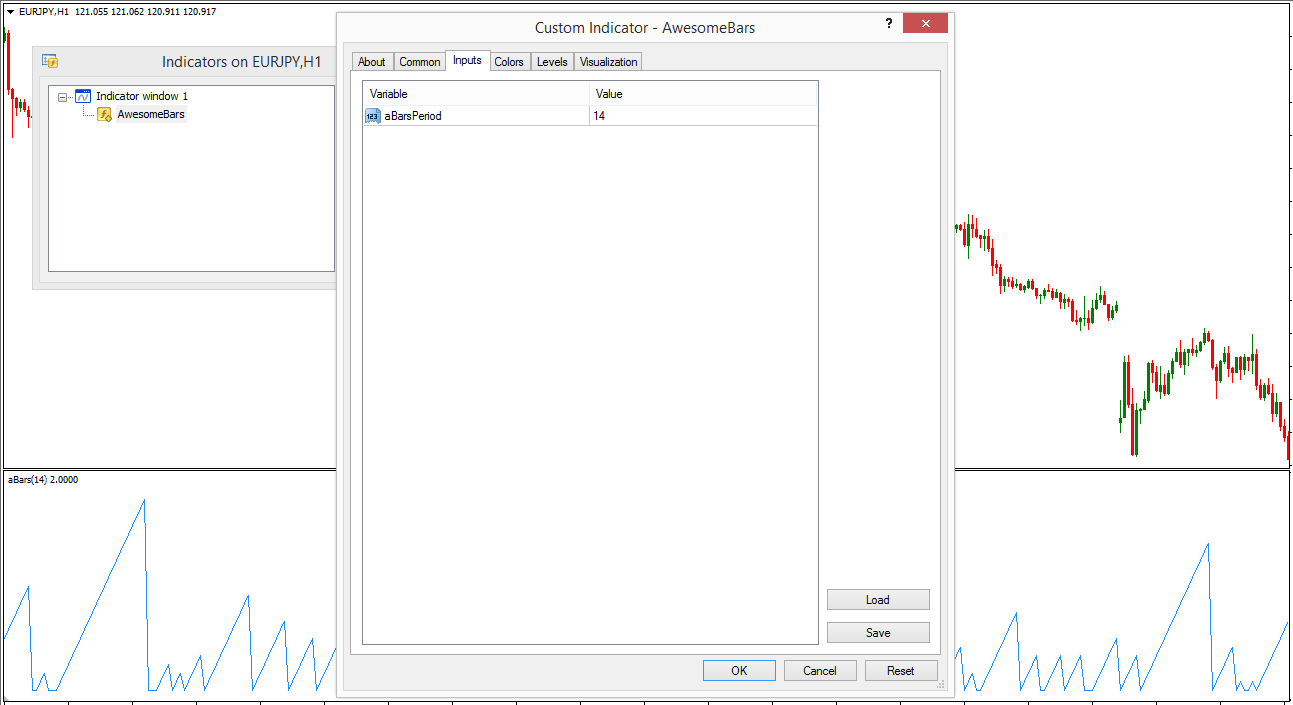 It also offers the trader a means to get into such trends when they are still early also by the trader measuring the peaks of the triangles it creates. Each time the indicator creates a new triangle, the trader should check that it is following an already established line of other triangles, possible a trendline. A new breakout of the triangle above other triangles should be a clear indication to the trader that a new move has just started and that the trader can either buy or sell the new triangle breakout in order to participate in the new move happening.

The same way the Awesome Bar Counter for Meta Trader 4 helps the trader spot entries is essentially the same way it helps the trader to spot exits. The trader can also learn the way this works automatically by learning to watch how the triangles created by the indicator after every set number of bars work. As the price is moving in a set direction, the indicator will print uniformly decreasing bars which can easily be tracked by extrapolating a trend line over the peaks of these bars. Once the trader notices that a new triangle is being formed that has a much higher peak than the last one or two triangles, the trader can then begin to watch price action and can leave the moment price starts to create new highs and lows in the opposite direction to its current trend direction. 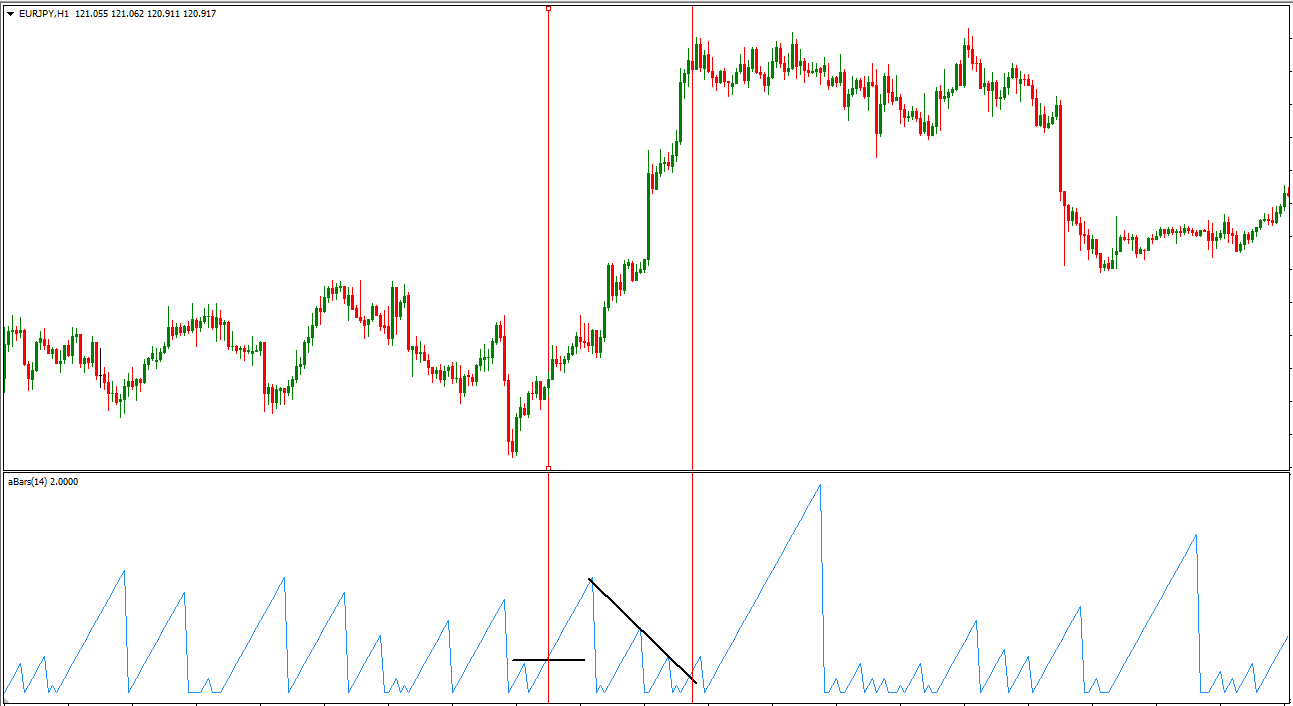 When using the Awesome Bar Counter for Meta Trader 4, the trader will find that this helps the trader to stay put in a trade until the move is over. Also, this can be achieved by tracking the movements of the triangles being created by the indicator as this can enable the Trader to quickly see that the trend is either still in place or has ended. The indicator can be improved, however, by adding a moving average indicator to the charts.

This can then also visually help to guide the trader's actions. This means that as a trader tracks a current trend, adding a moving average to the charts might be an added way of giving the trader additional confluence on the signals being created by the Awesome Bar Counter for Meta Trader 4. That way, the trader can watch and participate in trends with little or no worry about the trend changing on them without their knowledge. 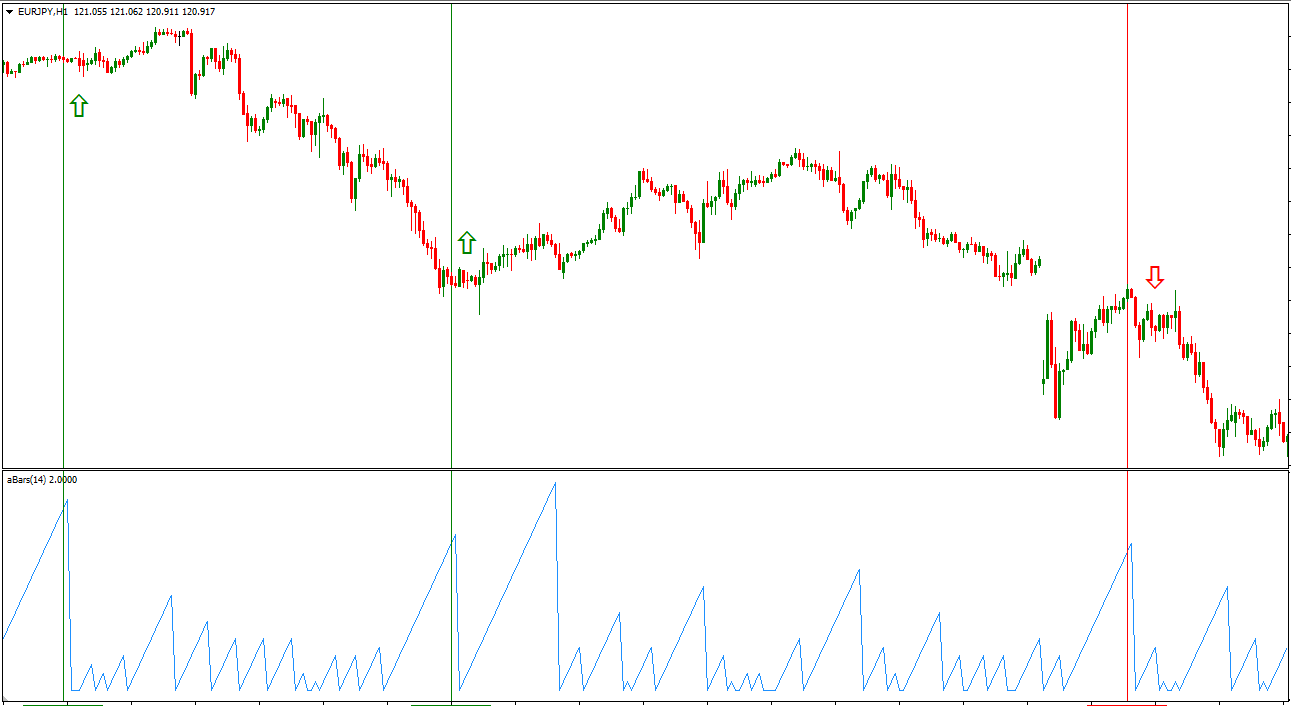 The trader should also not very important that there's a very high possibility of a trend change each time that the triangles produced by the indicator just go very high breaking the last one or two triangles produced before it. This means that each triangle break should be properly watched by the trader who can then use other price action strategies either on the current timeframe or the much lower time frames to determine if there will actually be a trend change happening on the timeframe the trader was watching from.

This can help the trader to become more and more aware of price action and equip the trader with reversal opportunities long before the other traders even have a slight idea that the price may actually be reversing on the particular currency.

Certain times in the markets, the Awesome Bar Counter for Meta Trader 4 can help the trader identify ranging periods or periods of low volatility and avoid them. This means that a trader can become more and more aware of periods in price where there's no power for the trend to move in any direction. 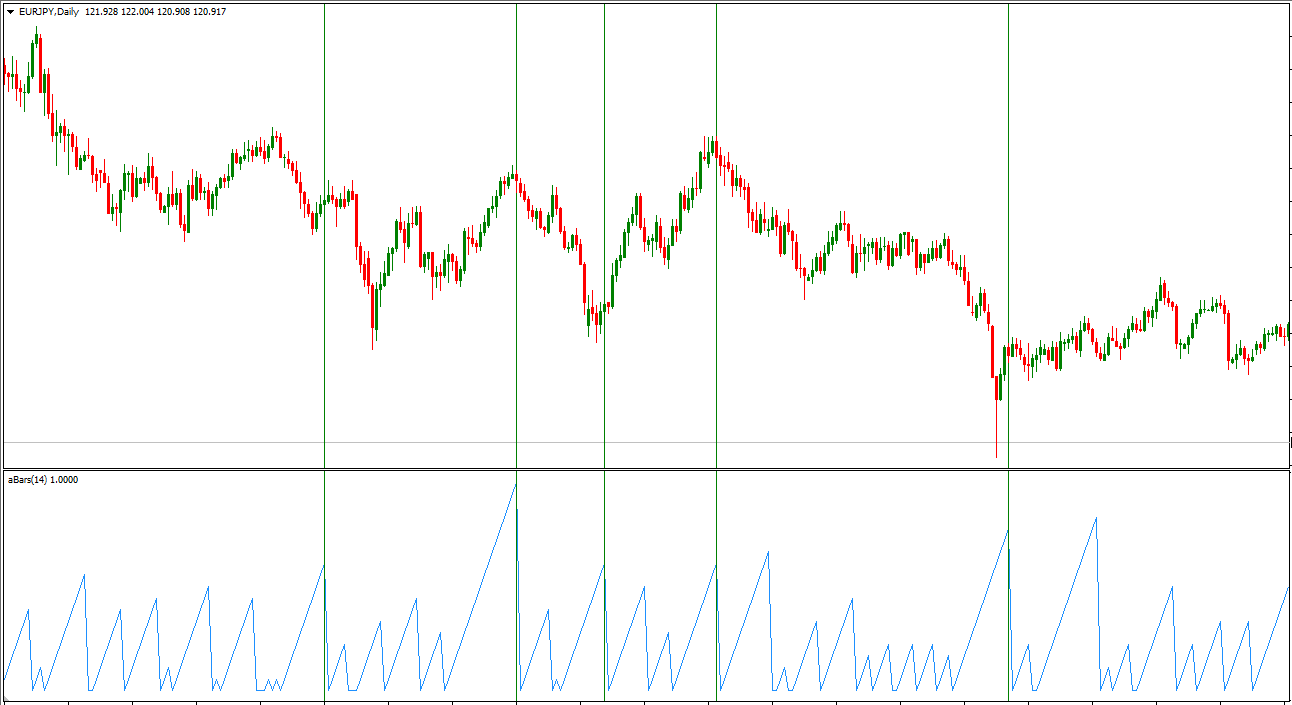 These periods can mean that price would just move around within very tight price ranges neither moving upwards significantly or moving down significantly either. During these times, the indicator will automatically print very tiny triangles along the bottom of the chart window. These small triangles once spotted should immediately help the trade to identify that price action will currently be ranging in the timeframes the trader has spotted such small triangles and so, the trader can effectively stay out of the price movements as the trend does not have enough volatility at the time to move price to any direction.

Also, the Awesome Bar Counter for Meta Trader 4 should be used by the trader with a very serious money management strategy. This means that the trader must have to apportion a certain amount of their account balance usually in percentages to their individual trades as they do not want their accounts to diminish completely when the trader has only taken a few trades. This is especially applicable to beginner traders and new intermediate traders since the indicator can be wrong sometimes and the trader would not want to lose their capitals as a result of the few times the indicator was wrong.