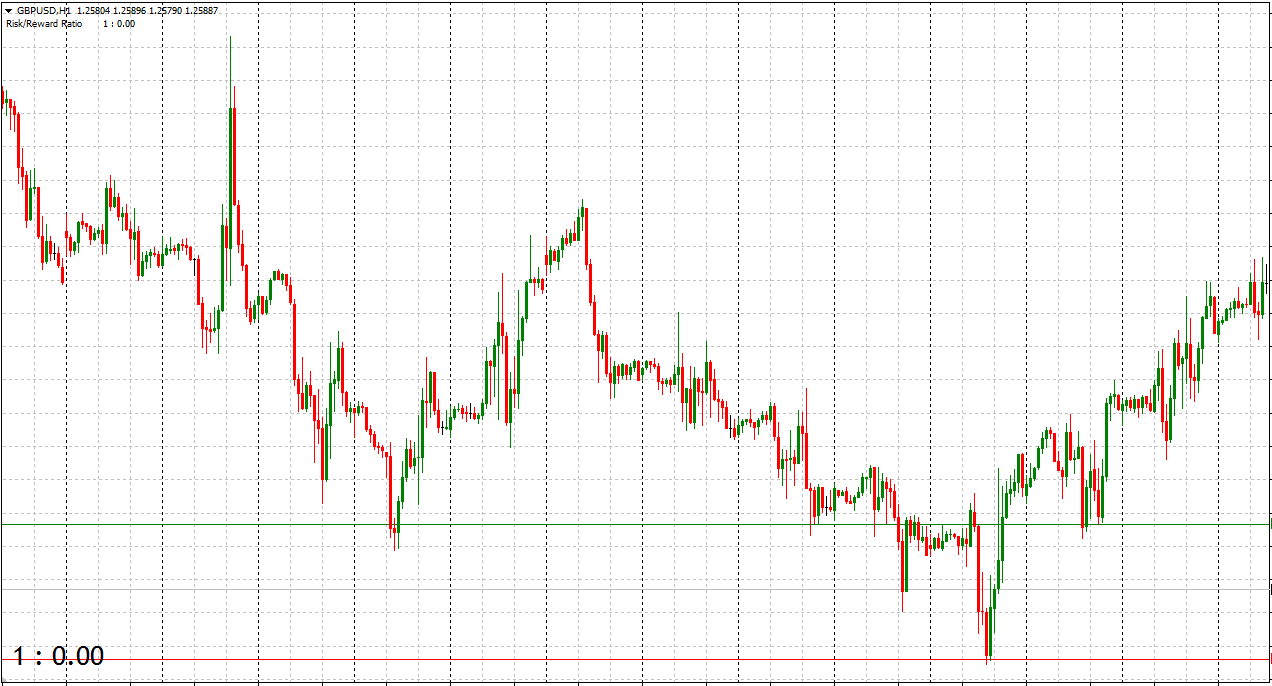 The Risk Reward Ratio Indicator For MT4 is an indicator that is built for the traders that use the Meta Trader 4 charting platform in their day to day charting, technical analysis and trade decision making. The Risk Reward Ratio Indicator For MT4 uses three horizontal lines. These horizontal lines can be used by the trader to immediately tell the indicator where their stop-loss and take-profits will be on any trade.

The trader can then calculate his or her trading decision properly before taking the trade. The trader can quickly derive a lot of trading insights from using the Risk Reward Ratio Indicator For MT4 and some of these insights and advantages are outlined and discussed below. 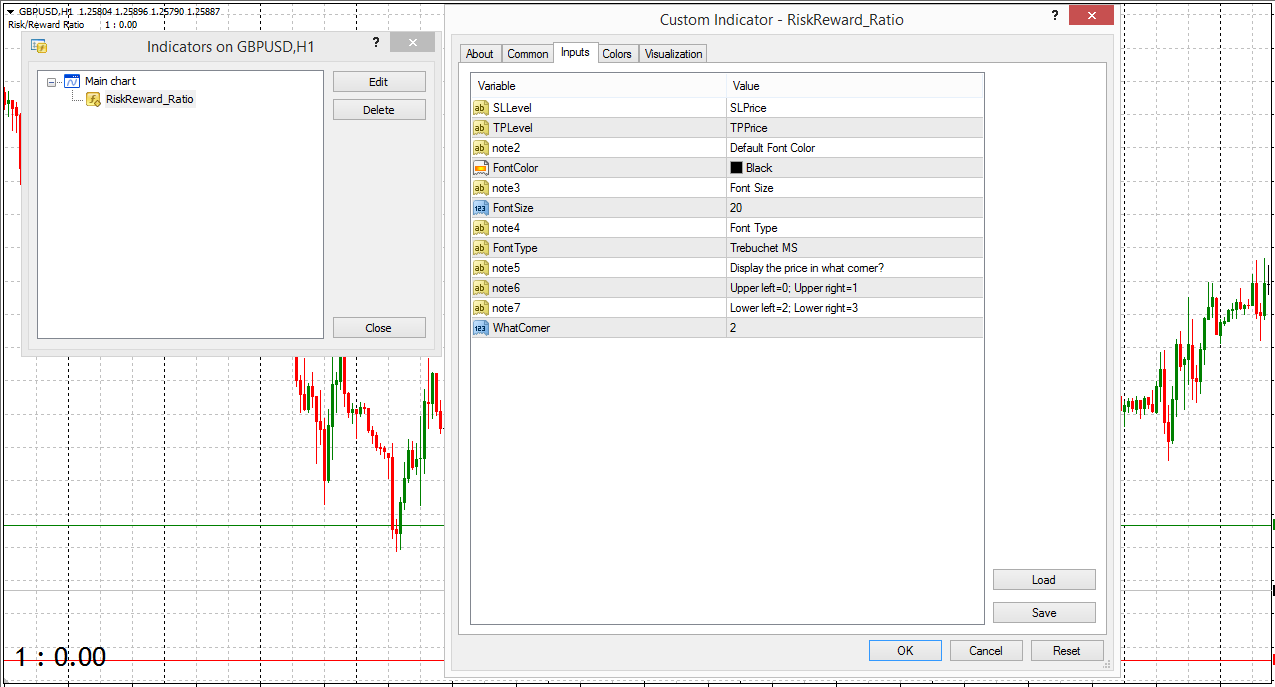 This way, even if the trader doesn't usually preplan their trades, once he or she starts to use the indicator to try to determine what percentage of his risk that he or she can possibly make back on a single trade, such a trader has already begun the first step to preplanning his or her trades. This is a very important indicator for any trader who is seriously committed to growing his or her trading account and trading as professionally as possible.

The Risk Reward Ratio Indicator For MT4 would help any trader to trade more professionally as any traders who do their trading professionally know that except they know and are satisfied with the amount of return they are getting in equivalence to the amount of risk they are taking, they will most likely not be participating in the trade as the trader would not want to take any trades where the risk to reward ration does not sit well with the trader.

Before we even continue further, a basic understanding of what Risk to Reward ratio is and how it works would help the trader to understand how the Risk Reward Ratio Indicator For MT4 works also.

The risk to Reward ratio is a terminology used by traders to refer to the ratio of their potential profit on any given trade compared to the amount of risk that they are taking on the trade. This ratio would then be the basic identifier or element on which the rest of their trading system strategy is built.

Being able to identify this metric would then help the trader to be able to adjust other elements of his or her strategy to match or suit the risk to reward ratio already set by the trader. There are different Risk to Reward ratios used by different trader all over the world and these usually depend on how inclined a particular trader is to taking more or less risk in their daily trading.

For instance, a trader who doesn't like taking a lot of risks can decide to make sure that whatever strategy that he or she will be using must be at least greater than 1:1. 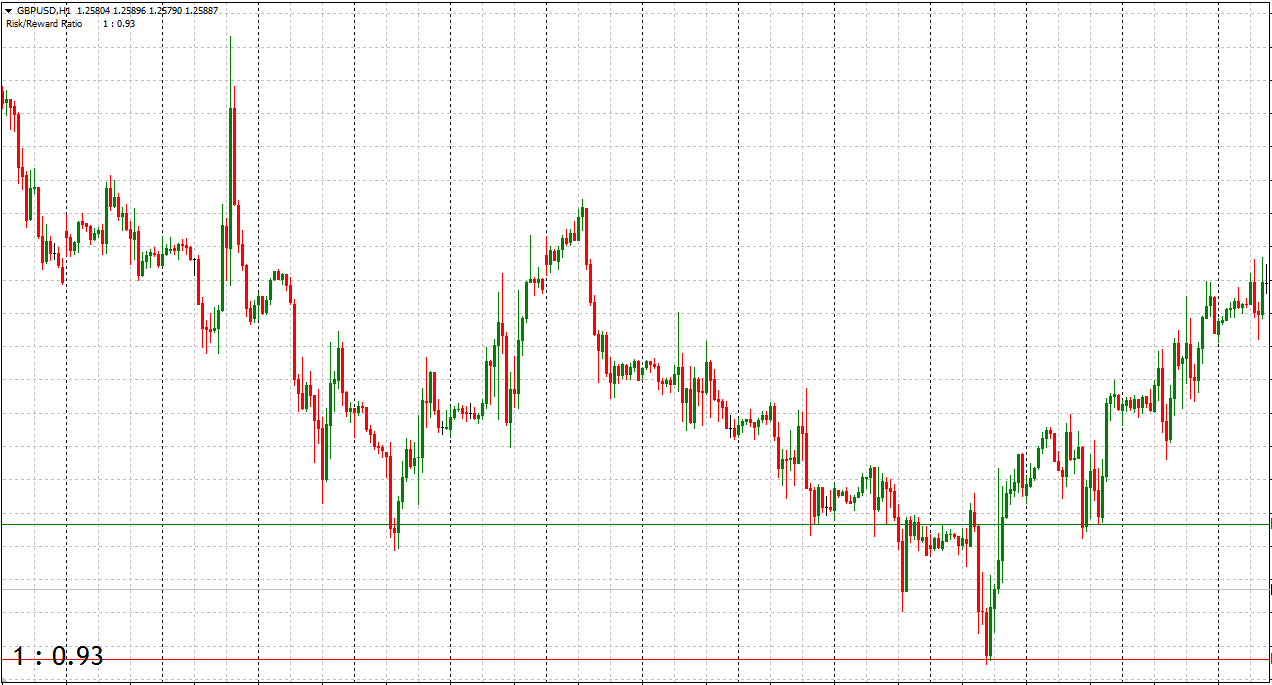 This means, for instance, for every $100 the trader bets, he or she wants to be sure that they can get back the same $100 or more in potential profits on each trade. The trader who can tolerate more risk would then decide that he or she would be able to accept even risk to reward ratios where the risk is greater than the reward for each individual trade.

The latter kind of trader is said to be more risk accommodating than the first kind of trader since he or she would definitely be able to make trades that would give him or her way less than the amount that he or she is betting per trade as potential profits if the trade works out. The Risk Reward Ratio Indicator For MT4 then works by helping the trader to identify exactly what the trader's risk to reward ratio on a particular trade is for any given trade that a trader would want to place.

This would then help the trader to stay more organized as he or she takes trades because he or she would be able to analyze these trades ahead of time to make sure that they match the trader's risk depth before the trader then decides to take such trades.

This is very important because a trader that is not organized will definitely not plan ahead and will have a lot of fo trades take him or her by surprise.

Another added advantage of using the Risk Reward Ratio Indicator For MT4 is that it can help the trader to maintain an appropriate risk level across all of the trader's trades as he or she trades since this way, the trader's account will be able to endure a lot of drawdowns.