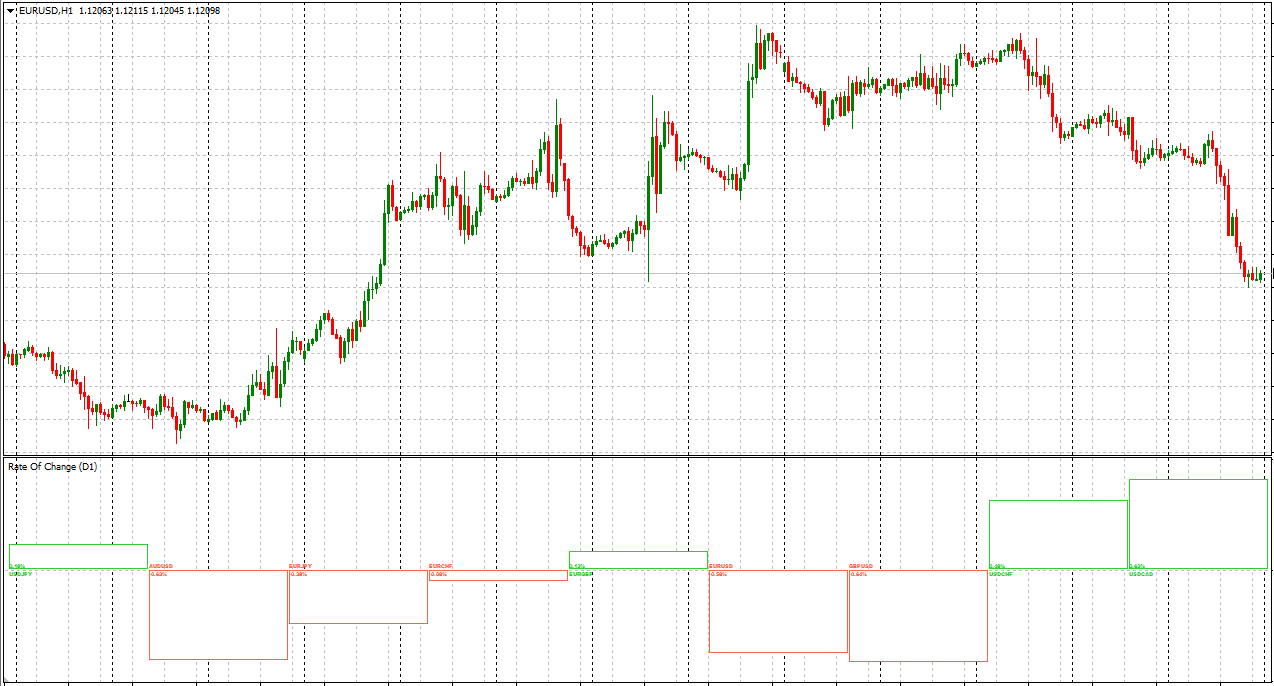 The ROC (Rate Of Change) Indicator For MT4 is an indicator that was built for the Meta Trader 4 trading and charting platform and for all the traders who use it in their daily charting of different timeframes and currency pairs, to do their technical analysis and to make their day to day trading decisions. This is a very important indicator and is very light and powerful.

Some Advantages and DIsadvantages of using the ROC Indicator For MT4 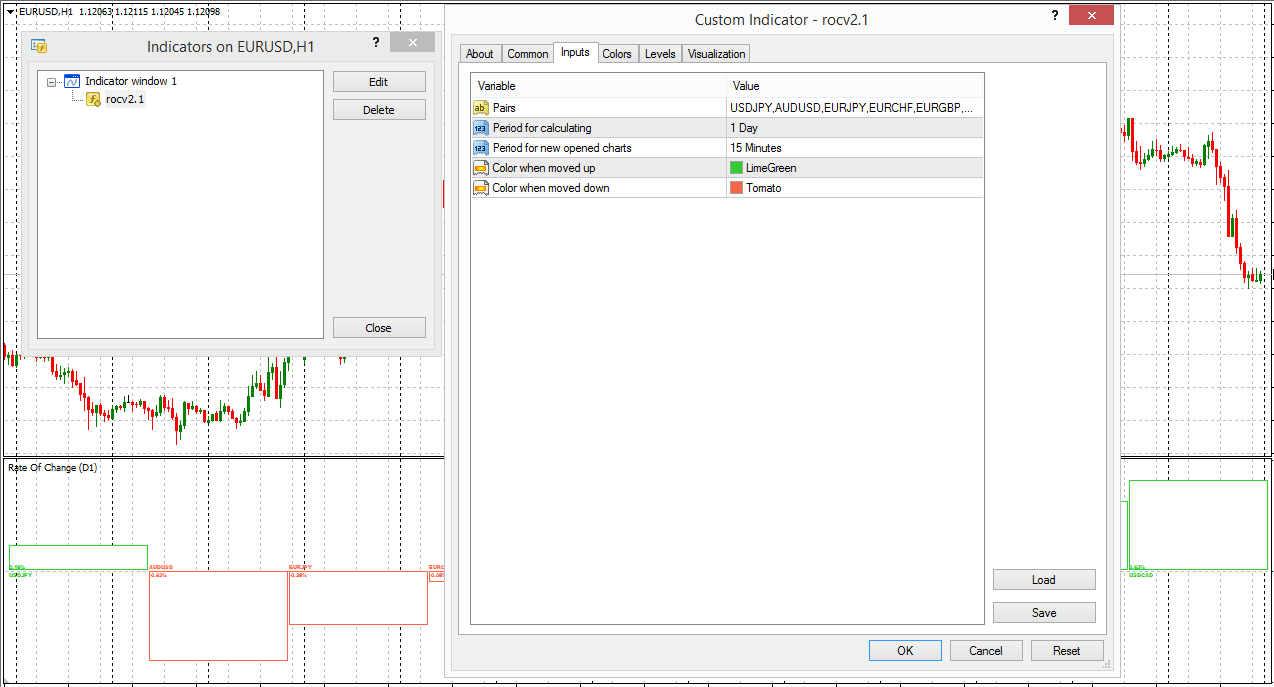 One of the major advantages of using the ROC (Rate Of Change) Indicator For MT4 is that the indicator can very easily help the trader to identify the effect of a single currency on a whole group of related currency pairs that all have that single currency as their denominator currency.

This means that the trader can very easily use the indicator to identify the periods in the price where a single currency is affecting a lot of other currencies that are attached or connected to it since the currencies are together as pairs.

In explaining this further, this would refer to those periods when a certain news event, for instance, would rock a certain currency so much or cause it to either skyrocket or fall very drastically that the other currency pairs that are connected to that particular currency pair would then also be affected as a result.

The ROC Indicator For MT4 is also very useful for the traders who usually trade currency baskets as this indicator can very quickly give the trader a very vivid picture of what actually happened during the previous day in the currency pair in terms of how much the price actually moved and how large that move actually is when it is compared against the other moves ion other currencies that make up the same currency basket.

The indicator can also be used for those traders that like to gauge the effect of a particularly new or global event on several currency pairs or markets.

This indicator would actually really serve such traders as they would be able to very easily find out what the general effect of the price move is on all the currencies that they would want to analyze at the same time by simply looking at the ROC (Rate Of Change) Indicator For MT4.

This would immediately help the trader to streamline their analysis across all of the different trading currency pairs so that the trader can then find the most suitable pair to place a trade in so that he or she can be part of the larger trend in price.

Another very important but often very overlooked advantage of using the ROC Indicator For MT4 is that the indicator would help the trader to gauge the effect of a particular news event or a move in a single currency across a lot of other different currencies in order to decide which of those currencies would be the most suitable to trade.

Also, it could be that the trader wants to know exactly which currency pair he or she would ride next as most of the time when the market is preparing to make an uptrend across multiple pairs like the EURJPY, USDJPY and the GBPJPY for instance. 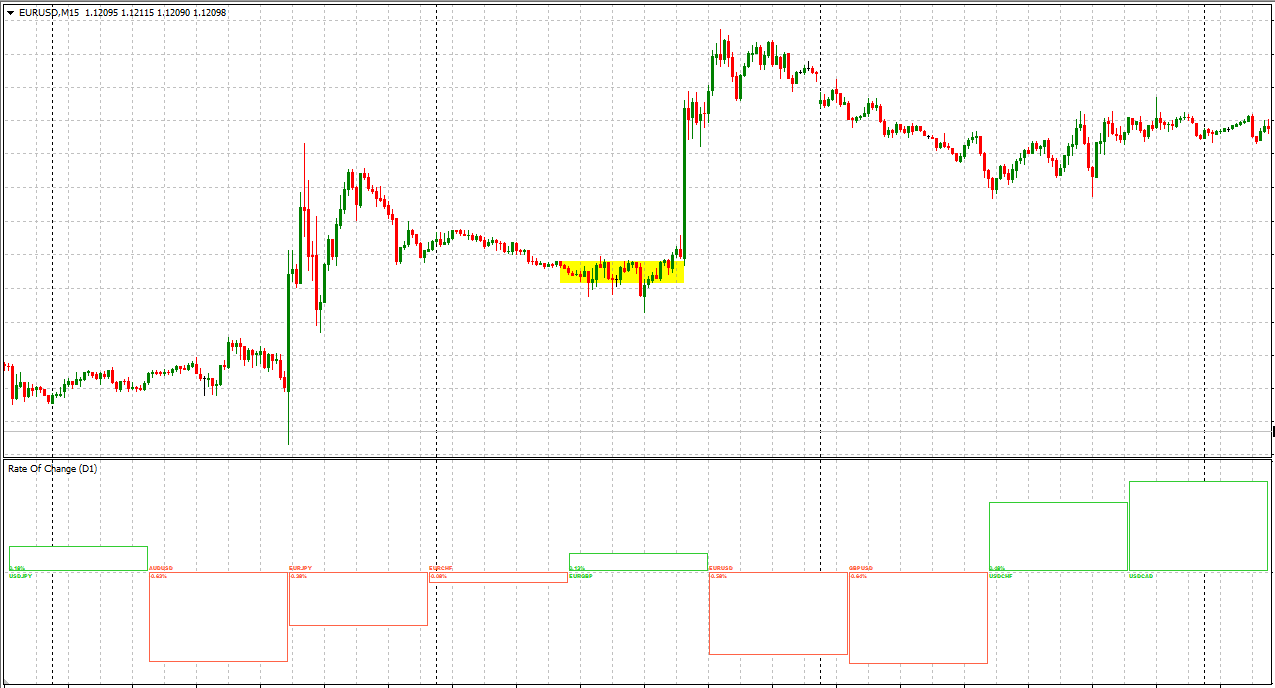 This is very important because it would help the trader to know exactly which currency is being prepared to trend the most. The usual way to identify this currency would usually be to watch out for when all of the currencies are trending down.

That way, the trader can then add a little extra bit of technical analysis and the trader would be able to immediately understand what the price action is actually doing and how exactly to make significant profits from such price moves in the markets.

The trader would also be able to improve their trading and technical analysis over time as they keep trading with the indicator as it will give the trader a broader view of the markets as a whole.