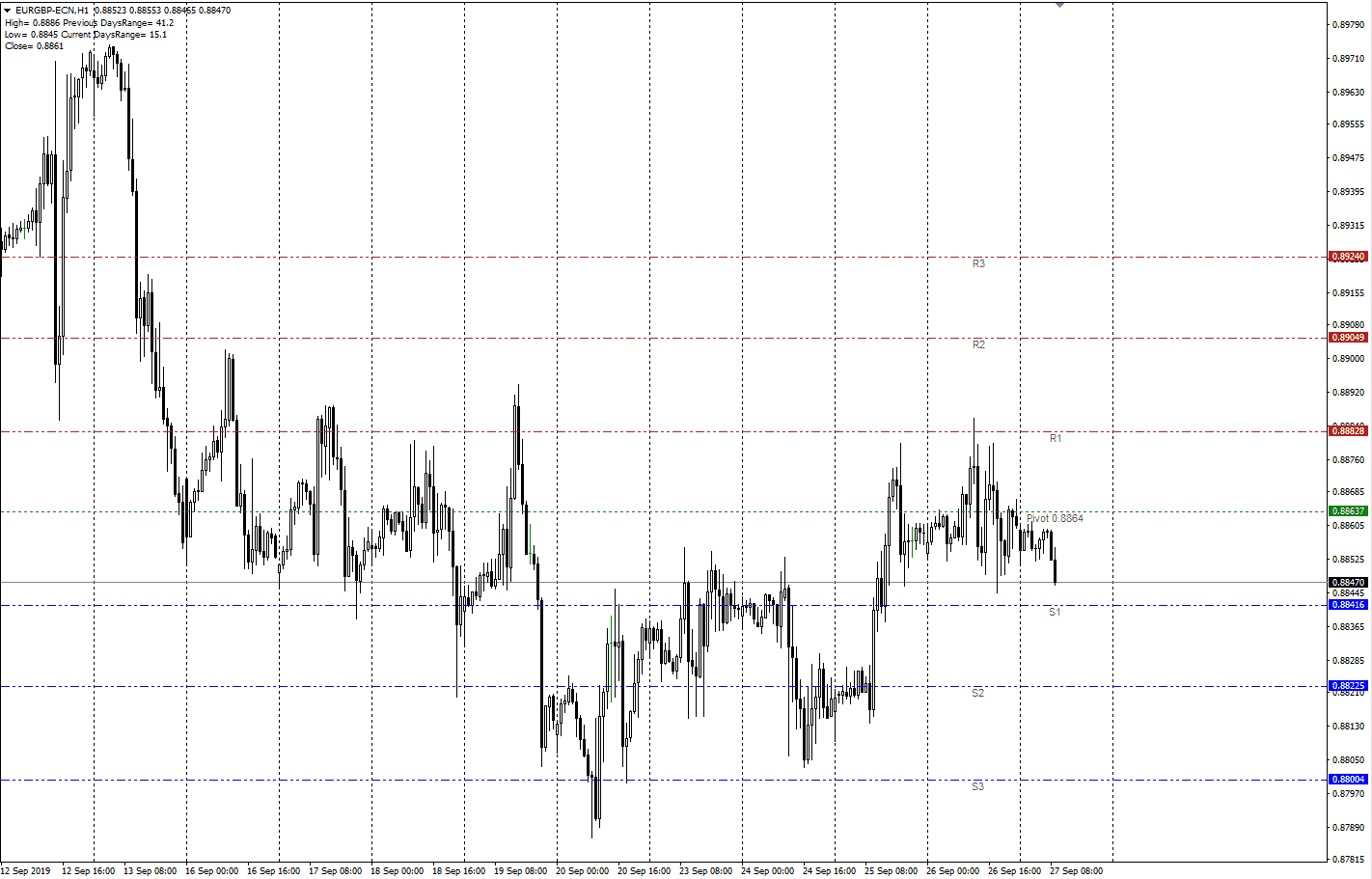 The Pivot Custom Time Indicator For MT4 is a great tool that can improve your trading in many different ways. The indicator creates the pivot points based on a specified timeframe on your chart. It even allows you to choose between the standard pivot points and the camarilla pivot points. Pivot points are used by many traders and can not only be used to find trade entries but also to place your target and your stop loss.

In this article you will first learn about the two different pivot point methods, that the Pivot Custom Time Indicator For MT4 supports. Afterwards I will quickly explain the various settings of the indicator and then show you the advantages that the idnicator provides to you.

The basics of pivot points

Support and resistance zones are generally seen as the base in every technical analysis. Traders expect the price to react to these zones in some form. Some traders predict price to move past the level and some traders predict a bounce off of it. Obviously its very important to spot the S&R zones, because without seeing them you wouldn’t be able to trade them.

While the calculation of the pivot points differs for each different method changes, the basic concept behind all of them remains the same. The pivot points are displayed on the chart and then can either be used for breakout trading or to trade the bounce of a pivot level. Typically the middle pivot point gets drawn first. Afterwards three support levels get calculated and plotted below the middle pivot point and three resistance get plotted above it. This allows you to trade independently of the market direction.

Settings of the Pivot Custom Time Indicator For MT4 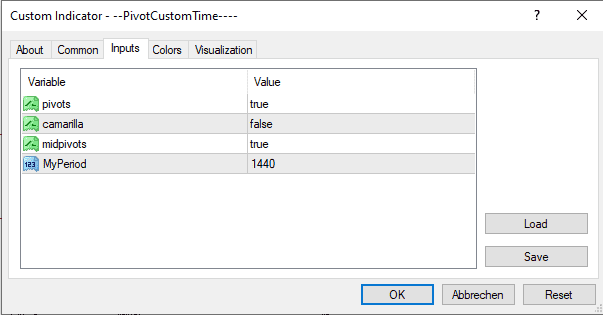 With the third setting you can decide if you want the indicator to not only draw the pivot levels but also a middle line between each of these levels. Those can also be traded but generally are weaker support and resistance levels than the actual pivot points.

Now the fourth and final setting is used to change the timeframe that is used by the Pivot Custom Time Indicator For MT4. The standard most standard pivot points are based on the daily timeframe, but depending on your trading style, it might make sense to switch to a higher or lower timeframe that is used for the calculation. In the picture below you can see which values you have to put for which timeframe. 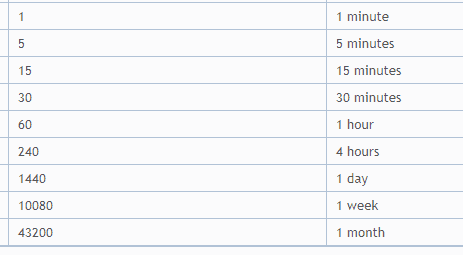 Advantages of the Pivot Custom Time Indicator For MT4

The biggest advantage of the Pivot Custom Time Indicator For MT4 is its flexibility, meaning that you can adjust the base timeframe very easily and are not stuck to a single one. This can be useful as you can adjust the indicator to best fit with your strategy. It is also possible and totally valid to put two instances of the indicator on the same chart. You could for example use one instance to plot the pivot points that are based on the daily timeframe and the other instance to draw the pivot points of the weekly timeframe.

The second advantage of this indicator is that you are not stuck to the standard pivot points but can easily switch to the camarilla pivot points. Which one you choose is again dependent on your trading style and strategy. I suggest that you just try each version and find out which suits you best.

Another nice advantage of the Pivot Custom Time Indicator For MT4 that I haven’t even touched on is that it shows you the range of the previous day as well as the range of the current day in the top left hand corner. This can be very useful as it can both prevent you entering at the wrong time and help you to exit your trades at the correct time.