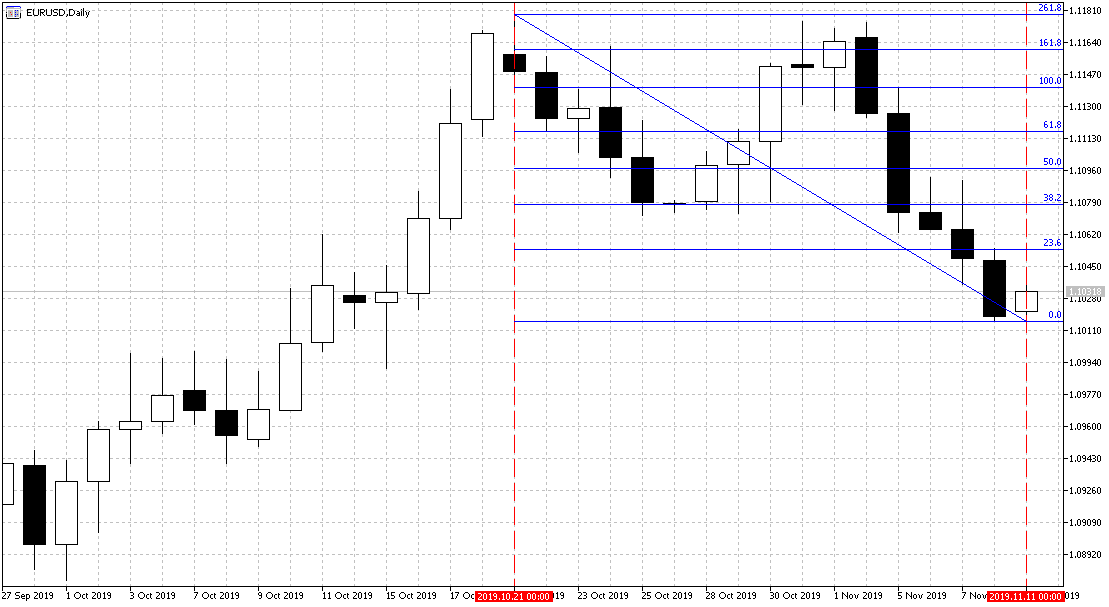 The Auto Fibonacci Indicator (Auto Fibos) Indicator For MT5 automatically finds two significant price reversals point on a chart, and then goes on to draw Fibonacci lines between the two.

What is Fibonacci Retracement?

Fibonacci levels were discovered by Italian mathematician Leonardo “Fibonacci” Pisano in the 13th century. Fibonacci was the first to introduce the use of Arabic-Hindu numerals in Europe, and developed a sequence of numbers - 0, 1, 1, 2, 3, 5, 8, 13, 21, etc. Each number in the sequence is the sum of its two predecessors. Another remarkable aspect of this sequence is that each number is approximately 1.618 times greater than the prior number. This common ratio between every number in the sequence is the foundation of the retracement levels used in financial trading.

The Auto Fibonacci Indicator (Auto Fibos) Indicator For MT5 selects two extreme price points on a chart and then divides the vertical distance by the Fibonacci ratios. 0.00% is the starting point of the retracement, while 100.00% represents a complete reversal to the original point of the move. The most important Fibonacci levels are 23.600%, 38.2% and 61.80%, which are horizontally plotted on the price grid to locate likely price reversal points.

The Auto Fibonacci Indicator (Auto Fibos) Indicator For MT5 can be used in many other technical analysis studies like Elliott Wave theory, Gartley patterns and Tirone levels. Another standout feature of Fibonacci retracement is that they, unlike moving averages, are static price points. This static nature of Fibonacci levels helps in easy and quick identification, allowing traders and investors to anticipate reversal in price action. 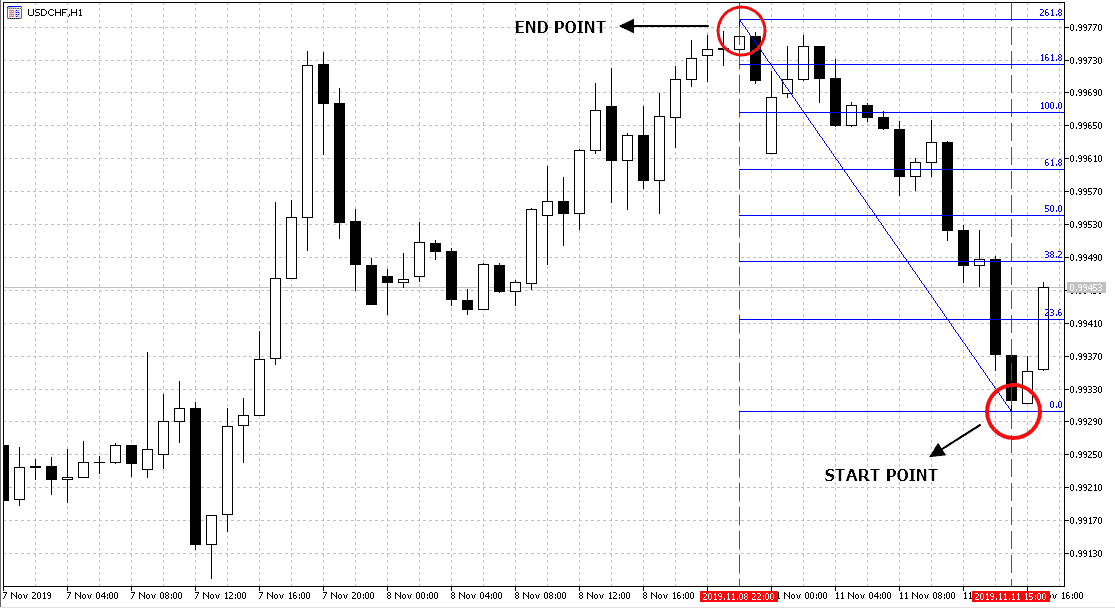 Fibonacci retracement levels are used to zero in on buying areas after a bull market pullback, and shorting zones after a bear market rally. It is always prudent to add momentum indicators like MACD and Stochastics to increase the odds of successfully pin-pointing the most advantageous entries. When a Fibonacci level overlaps with turning points in an indicator, the expected support or resistance becomes even more potent.

Based on the depth of the Auto Fibonacci Indicator (Auto Fibos) Indicator For MT5, a 23.60% retracement is considered to be relatively shallow, found during flag or pennant consolidation patterns. Shallow retracements happen often, but profiting from them requires close monitoring and a quicker trade trigger. Pullbacks in the 38.20%-50.00% range are considered moderate, and happen during triangle and wedge patterns.

The most significant Fibonacci level that traders invariably watch out for is 0.618, which is the inverse of golden ratio (1.618). The 0.618 retracement generally tends to be the maximum level up to which a contra-trend reversal extends, where the final buyers or sellers throw in the towel for price to resume its broader trend. Most traders wait for a bullish or bearish candlestick to complete above or below a Fibonacci level to confirm the existence of support or resistance before initiating a trade. 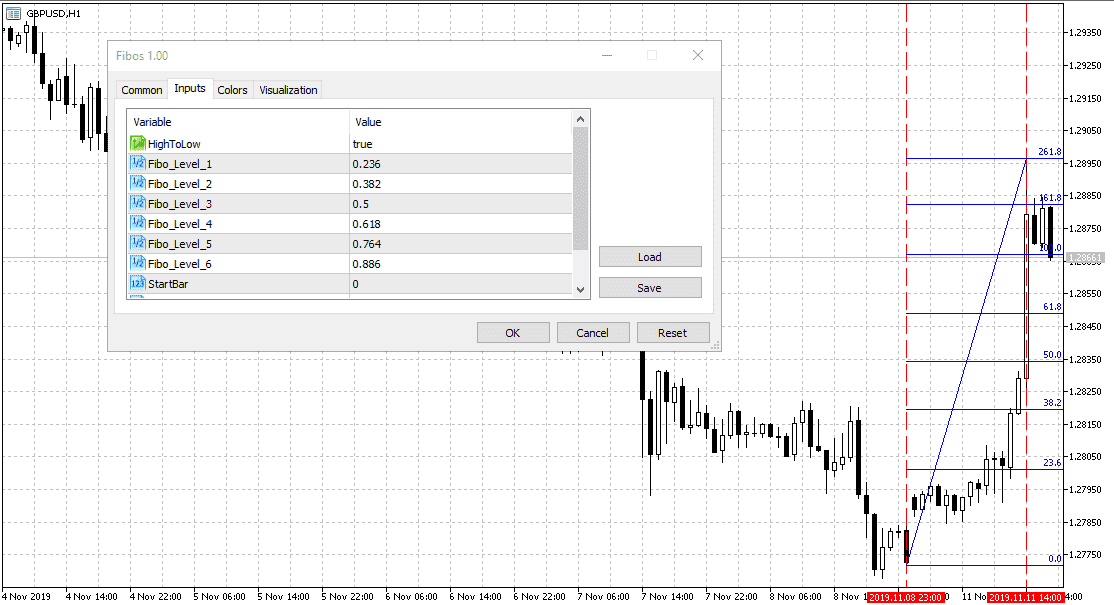