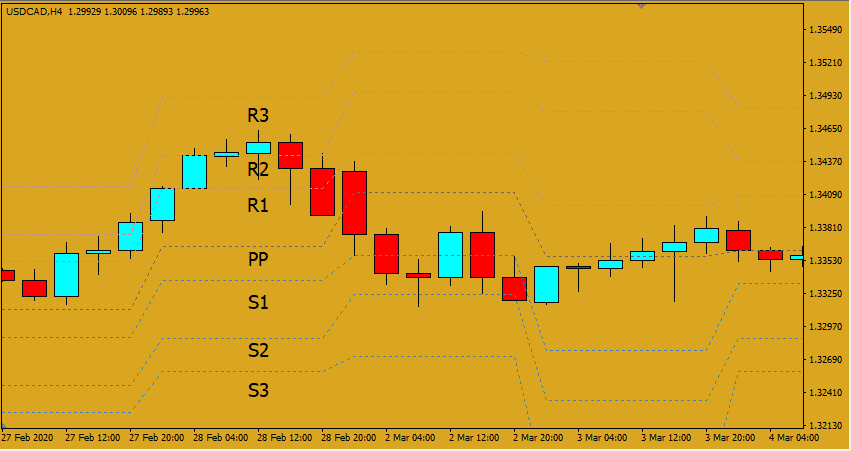 The Levels Reversal Trading System For MT4 is a pivot point trading strategy that incorporates an oscillator to aid in spotting potential trading opportunities through reversals. It is a well-suited system for trading currencies on the 4-hour chart. And its strong point is its simplicity, especially on how it combines price action trading and an oscillator into a straightforward trading method.

This article offers a guide in trading this system effectively. It provides details about its components and examples of its successful setups.

As described, the system combines pivot points and an oscillator to trade reversals. Pivot points, of course, can be traded several ways, but pairing it with an oscillator opens a broader range of applications. Overall, the system becomes more than just a method for keying in on reversals, but it is also adaptive to a faster pace of trading, which is another strategy in and of itself.

The JMO indicator is the preferred oscillator here. But others like the Stochastic can fulfill the role as a gauge for determining the overbought or oversold condition of price. Equipped with the JMO reading, traders of this system can use it as a basis for placing trades on the support and resistance levels established by pivot points.

To help traders understand this system even more, below are descriptions of this strategy's two components:

Pivot points are horizontal support and resistance levels on the chart. It is generated by first averaging the previous day's close, high, and low. That number, which is called the main pivot point, is then manipulated to extend three more pivot levels above and below the price.

The levels of pivot points are usually labeled as S1, S2, S3, PP, R1, R2, and R3. Some versions of pivot point indicators even divide those pivot points with another horizontal line at the midpoint, and it serves the same purpose as setting boundaries for price.

It is important to remember that when trading pivot points, that if follows the concept of breakouts and bounces. This makes pivot points excellent areas to assess momentum just from price action. And this system uses that same function wherein a break but a subsequent bounce should manifest for a trade to occur.

The JMO, as stated earlier, operates as an oscillator. It is a custom indicator that almost moves identically with the Stochastic and is derived from a moving average or its other variations. The standard one it uses is the linearly weighted moving average (LWMA).

Although both may seem to move synchronously, there are some slight differences in the two indicators. First, the Stochastic has an 80 overbought and a 20 oversold level. In contrast, the JMO has a lower oversold level at 15 and a higher overbought level at 85, which makes the extreme values deeper for the indicator.

And when it comes to alerting a potential reversal, the JMO indicator is clearly more sensitive to changes. Below is their comparison: 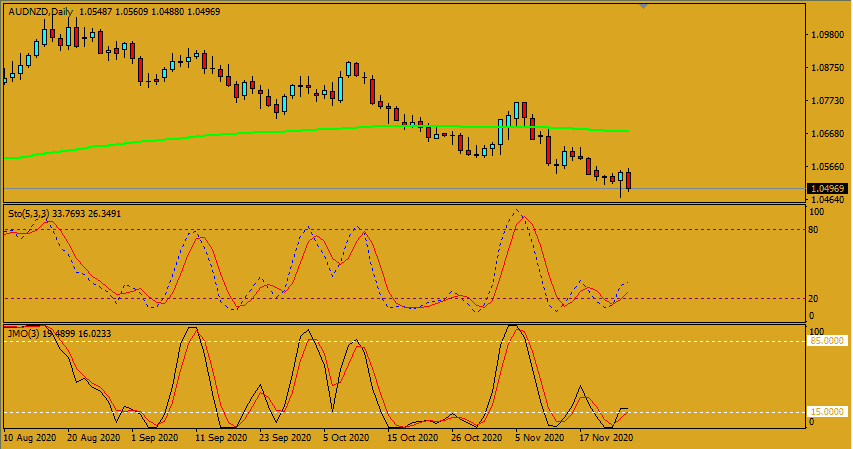 As can be observed, the JMO flirted with the overbought and oversold bands more often than the Stochastic. The JMO was fairly accurate in predicting the price's resumption to the prevailing downtrend by showing an overbought reading. However, it was not as correct in identifying possible countertrend opportunities in this chart. Some of the buy signals it offered amid the downtrend resulted only in exiguous gains.

So, the system follows a simple set of rules: The price must break a support or resistance level and then make a return to signal a trade. The JMO indicator should support this with a reading that communicates a reversal. For instance, a buy trade will occur when the price breaks a pivot point support level but then moves back up to it, and the JMO indicator shows a 15 (oversold) reading.

As touched on, a buy trade follows these rules: 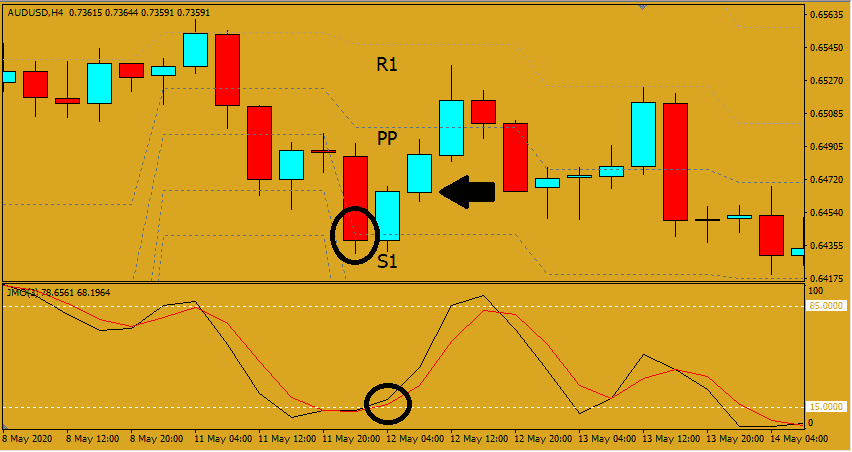 Here is a clear break below the S1 level on May 11, but bearish momentum was put to a halt as the price started to climb back up. Upon closing above the S1 level, the JMO indicator also exhibited a bullish signal when the lines on its graph crossed above 15.

In this case, the entry was at the next candle as pointed out by the black arrow, and the stop loss was placed at a few pips below the same S1 level. The initial profit target was the main pivot point, PP, and it achieved it within the day. This trade was able to garner 35 pips of profit from an initial risk of 26; it also topped 70 pips and was very close to hitting the R1 level (secondary target).

Here are the sell trade rules: 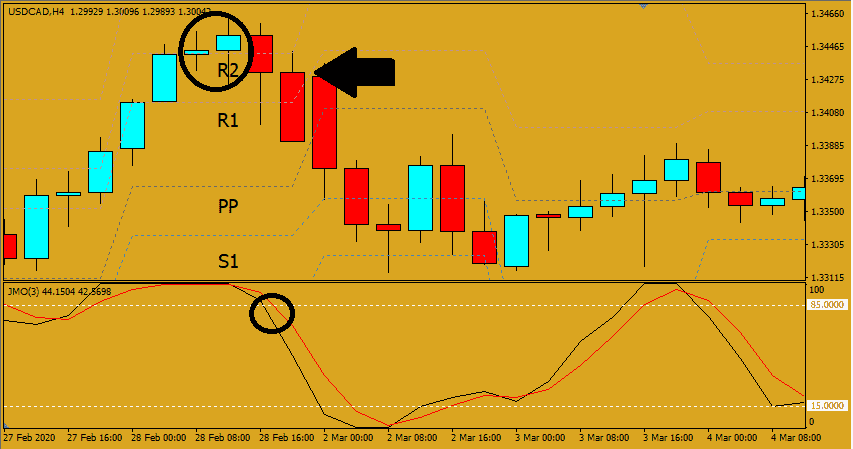 This trade reached the S1 pivot of the next day and managed to collect 107 pips of profit from an initial risk of 20 pips. The stop-loss was readjusted to the next pivot point level below as the trade continued to break new support lines.

Please note: You should always try a new trading system on a demo account first. That way you can avoid unnecessary losses while learning the new rules.