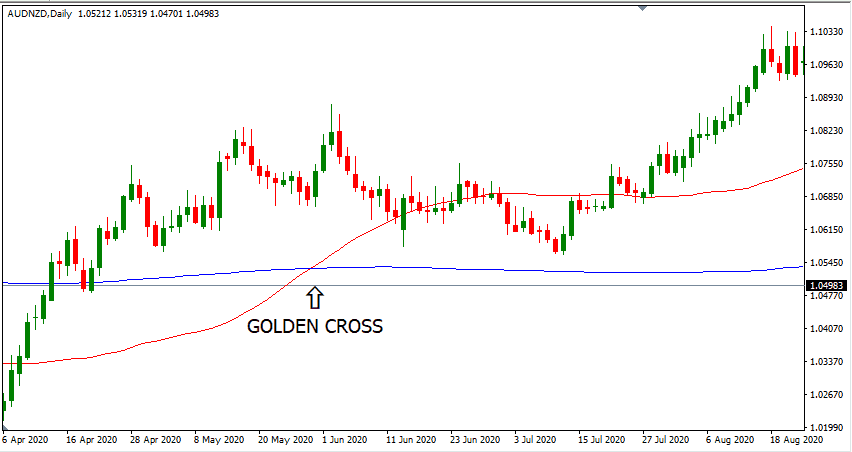 The Pivot Points Levels Trend Trading System For MT4 is a trading method that follows two of the most popular technical indicators' key functions along with price action cues on pivot point levels. Those indicators are the simple moving average (MA) and the Moving Average Convergence Divergence (MACD). Together, those technical tools make up for this effective hourly trading strategy.

And this article explains how it works by providing details about its components and presenting specific examples of its successful setups.

Why use moving averages?

Experienced traders may tend to go for something beyond the realm of basic technical analysis. But often, the efficacy of a combination of tools that would not pass as overly complicated still prevail since its popularity equates to having tremendous conventional wisdom behind it. In other words, the more market players respect what a technical tool does, the more investors act on it.

That is why moving averages are undeniably meaningful and are the indicators employed for this strategy. Traders use MAs to either filter trades or as the actual signal itself. It is also the underlying data set of most other indicators.

What moving average combination is best for intraday trading?

The best combination of moving averages is always a mix of one fast MA and one slow one. A fast MA is defined by a shorter number of periods, usually between 10 to 50, whereas a slower MA is from 50 up to 200.

And the most common combo of a fast and slow MA is 50 and 200 and is often used to determine a golden cross and a death cross.

The golden cross is a major technical chart pattern that denotes a potential rally. It occurs when the 50-period MA crosses above the 200-period MA, and it is even more significant if it appears on the daily timeframe or higher.

Although lagging, most traders still utilize it as an inviting signal to join a burgeoning uptrend. In essence, a golden cross signifies bull markets.

A death cross is another major chart pattern and denotes the exact opposite of what the golden cross indicates: a downturn. The pattern is identified with the 50-period MA crossing below the 200-period MA.

Much like the golden cross, the death cross is more significant if spotted on the daily or higher timeframes, and it presages longer-term bearishness.

However, for this system, these two types of crosses are critical for a trade setup, albeit not on the daily timeframe. The strategy takes trades based on these two crosses wherein buy trades are only taken when there is a golden cross and conversely sell trades on a death cross. 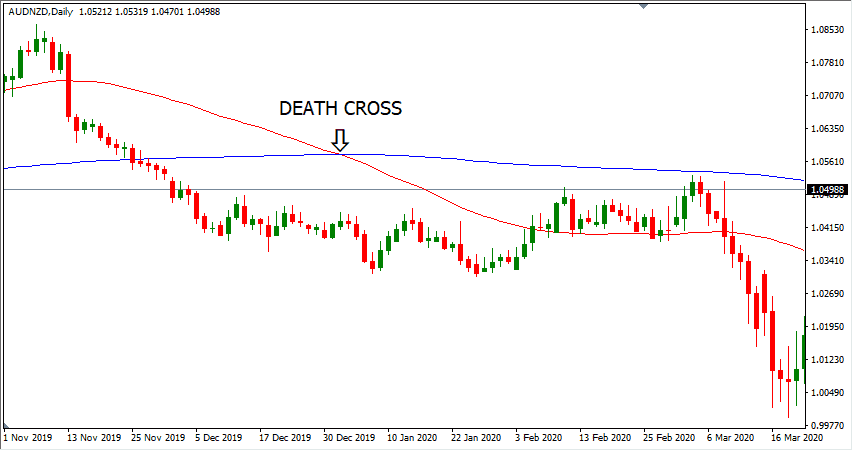 As stated previously, other indicators are based on MAs, and an example of that is the MACD. This indicator comprises two EMAs or exponential moving averages, which is just a variant of the MA that pays more importance to the latest price data.

As far as its purpose goes, the MACD signals potential trades through a comparable crossing of the MACD line and its histogram. Other purposes of the MACD include spotting divergences between the direction of the price and the indicator's movement to spot possible reversals.

Using the MACD as an optional exit strategy

For this system, the MACD serves as a signal but also as an optional exit strategy through its histogram bar reading. The histogram shows the difference between the MACD line and the signal line.

And every time it displays an upwards bar indicates that the difference between the signal line and the MACD line is positive, signifying bullish momentum and vice versa.

It becomes an exit strategy because buy trades can be terminated when the MACD reaches a point where the reading is negative. Since most long positions on a clear uptrend begin with a positive MACD reading, a shift to negative values shows that bullish momentum could be waning, and the switch to a downward histogram bar could be an opportune time to exit.

The same mechanics apply to a sell trade where short positions terminate upon registering a positive MACD value.

Pivot points plot up to seven (or more) horizontal support and resistance lines based on the previous day's pivot point value. The main pivot point value is the average of the prior session's close, high, and low.

And the support and resistance levels it creates are an excellent way to set the boundaries of price because its values are universal as opposed to drawing and connecting trendlines manually. 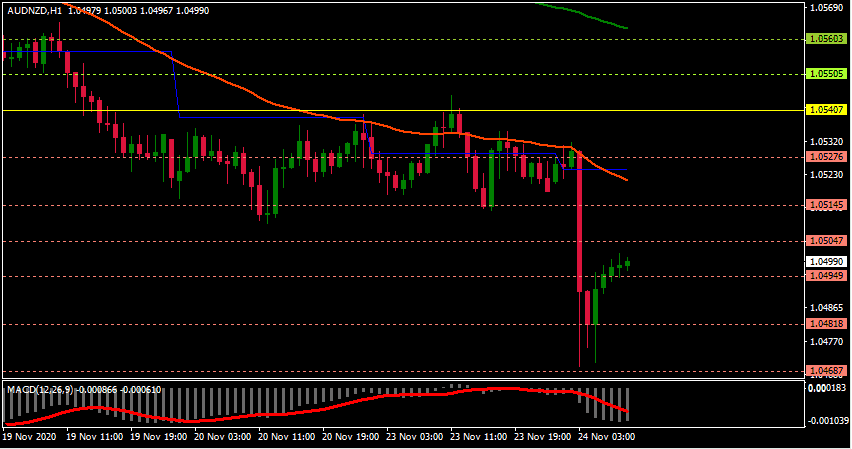 And if there is something to be taken from this strategy, it is the fact that it hinges on other traders acting on the same tools. This means that the system assumes a better chance of success if more investors act on the same technical studies.

Pivot points confirm trades here through price action. A candle above the pivot point indicator supports a bullish crossover of the MACD and presents an uptrend filtered MA crossover entry.

Again, below are the indicators necessary for trading this system. All of them are available on the MT4 except for the pivot point indicator.

Putting it all together

The system combines these indicators by first filtering trades using the MA crossover. Therefore, all the bullish or bearish signals offered by the two other indicators here would be invalidated if it does not coincide with the trend.

So, this means that even if the MACD signaled a buy trade with the MACD line crossing above the histogram and there is a candle close above the pivot line but a bullish MA crossover does not support it, then no trades will be taken. The same applies for a sell trade but in reverse.

Here are the rules for a long position: 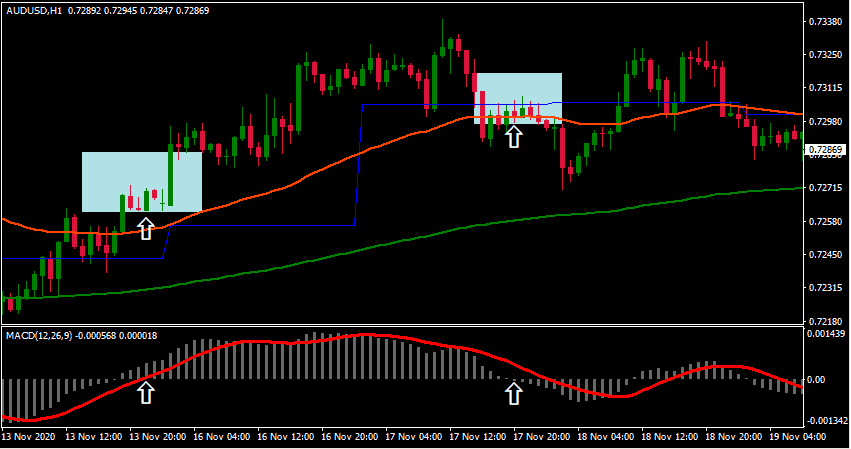 All the rules for a buy setup were met in this trade. First, the MACD sub-window showed the MACD line crossed above the histogram, and the entry candle was also over the pivot point level. And, the trend direction according to the 50 MA (red) and 200 MA (green) is up.

The first highlighted part on the left side of the chart shows the entry for this trade. While the other highlighted area is where the trade terminates as the MACD reading by then shifted to less than 0.

Here are the rules for a short position:

Here is an excellent example of a short position that used pivot point levels as exits. As can be observed, the MACD once again served as a catalyst for a valid trade setup by a cross below the histogram. This was supported by a 50 MA below the 200 MA, marking an overall downtrend. 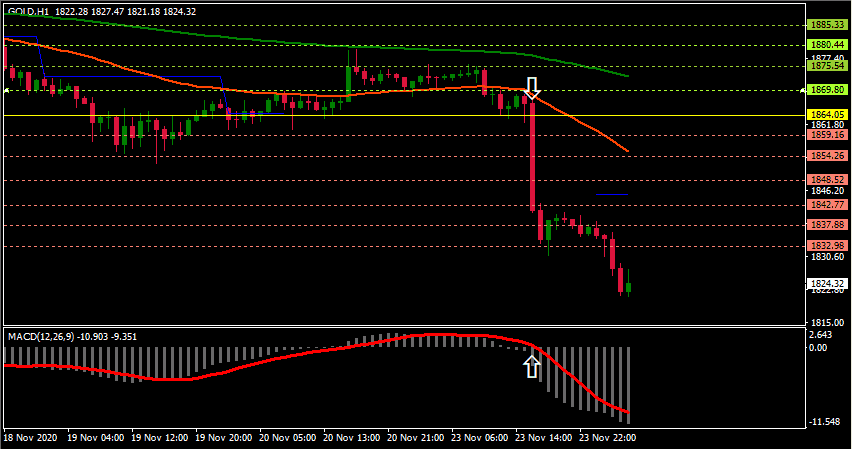 And although the candle that moved below the pivot line was a large move, profits were still made as the price continued to break beyond the pivot levels. The stop-loss here was readjusted to a trailing stop from being initially placed at a $20 price difference from the entry.

Please note that you should always use a demo account when you learn a new trading strategy. This will help you to avoid financial losses during the learning curve which comes with every new trading system. On a real money account we suggest a conservative money/risk management where you should not risk more than 1% of your trading capital for each trade.