Jeff Is Now A Prop Trader

With consent from our member Jeff I'm allowed to share with you that Jeff got a prop trader at FTMO. He passed all requirements while he traded with the V-Power System.

Jeff told me that he already applied at FTMO two time before with other systems (not from my website). Both attempts failed. The first attempt with V-Power directly brought him success :)

He is now allowed to trade a €80,000 account and earn a percentage of the profits. He is now applying to trade two more accounts.

You can meet and talk to Jeff in the private V-Power Telegram group.

Here you can see a screenshot of his successful qualification: 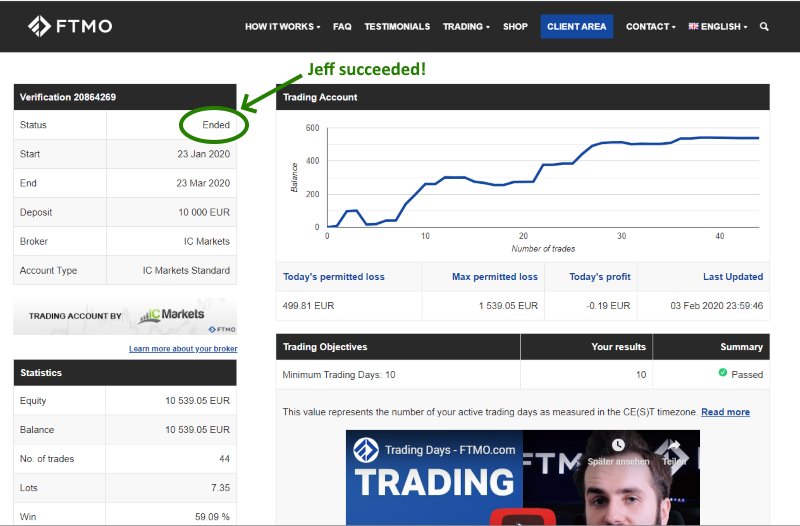 In the private telegram group you will learn how to use the V-Power system to get a profitable trader! :) >>>JOIN HERE<<<

In February 2021 Jeff wrote me an email again and reported that he is still doing great with V-Power as a prop trader at FTMO! He sent me a screenshot of his funded account:

As you can see from his email he says that he uses the auto entry functionality of V-Power:

He later told me that the account gets reset to 100,000$ every month and the profits from the past months are shared.

I asked him, if FTMO correctly pays him the profit share which he confirmed in his reply. He is now also applying as a prop trader at blufx as you can see from his email: