Last week while I was on holiday in Croatia we got two signals of type "H4 divergence + M30/H1 Double Top/Bottom". One signal on NZDJPY and one on Gold. Both signals were double bottoms within a bullish divergence.

The following sketch shows how such signals look like:

The signal on NZDJPY came at 4:30am. I was sleeping at that time. The following two screenshots show how the signal was automatically sent in real-time to the telegram channels of the signal service. 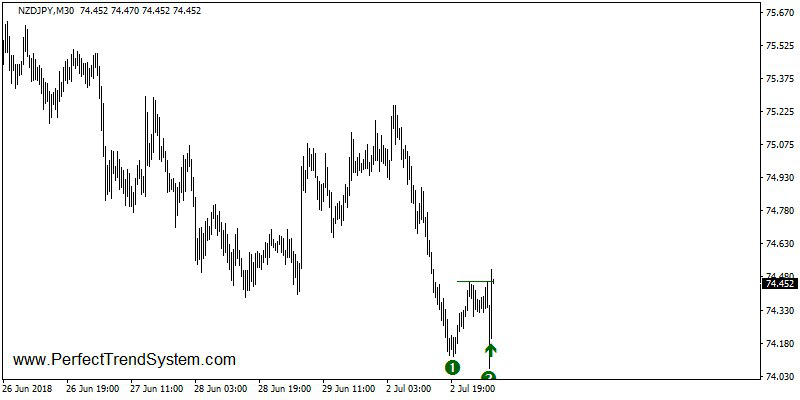 The bigger picture (H4) with the bullish divergence: 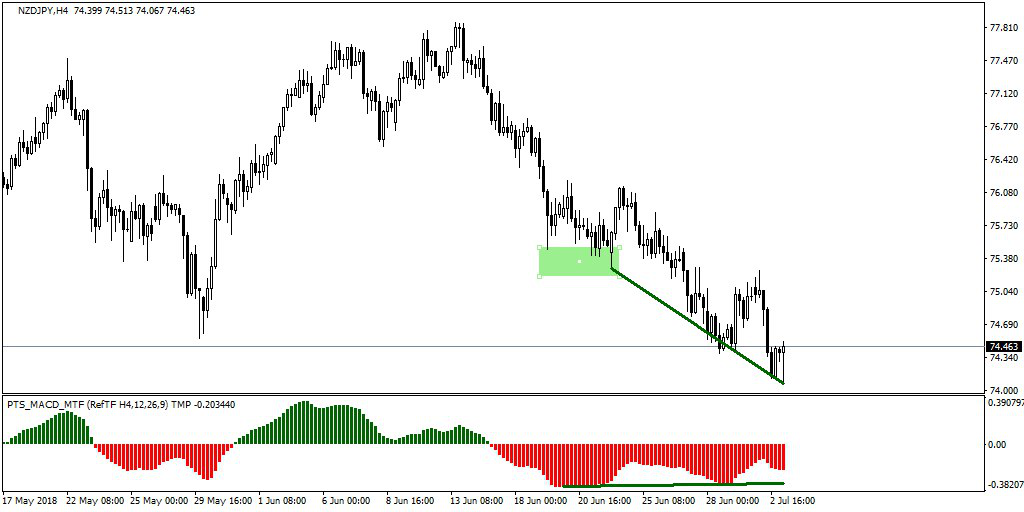 I woke up around 3 hours after the signal occurred and checked the charts. I saw that there was a nice deep pullback after double bottom signal was alerted. If you are a long term member of the telegram group then you already know that I love to enter within pullbacks :) Entering after a pullback gives you bigger winners because the initial risk is smaller.

After entering the trade, as you can see in the following screenshot, I immediately posted in the telegram group that now is a good entry price for the signal. I placed the target at around 3R which means that the trade can get a winner which is 3 times bigger than if it gets a losing trade. 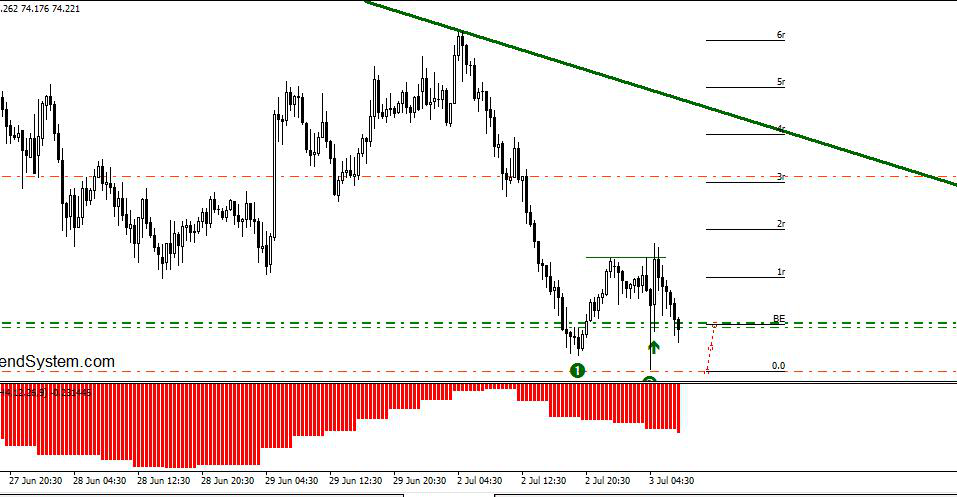 This setup was especially good because the descending trend line of the matured trend (in the following screenshot) gave enough room for a big winning move to the upside. Remember: Trend line act as support and resistance. In this case the trend line acts as resistance and it's a good idea to exit a trade before a major resistance zone. Of course you can go for bigger targets and anticipate that the trend line will be broken. But please be prepared for a much lower winning percentage if you go for targets which are farther away. 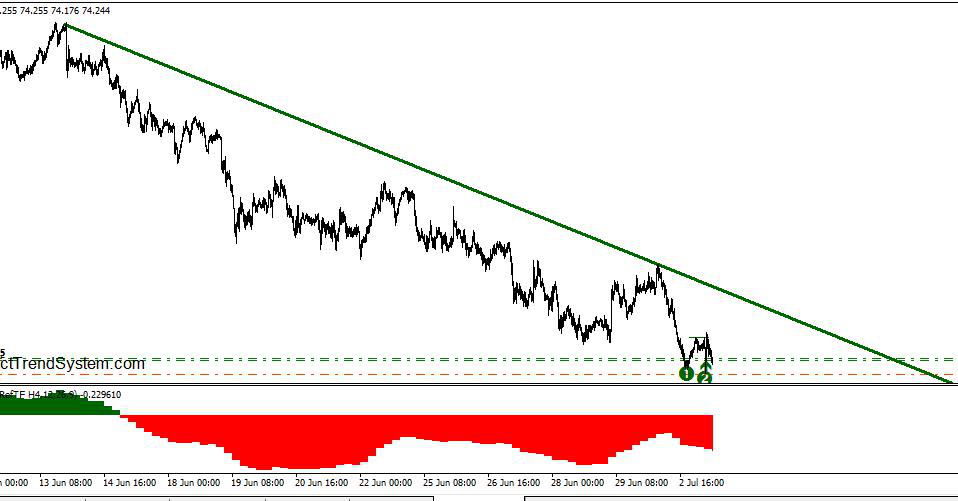 In the following screenshot you can see that the target at 3R was reached on the same day. The upward move after the signal even broke the descending trend line. The trade could have ended as an 11R winner. But I am satisfied with the 3R. I really like to trade with a higher winning percentage.

As you will see with time, all "H4 divergence + M30/H1 Double Top/Bottom"-setups will look similarly. At every setup we will have a trend line which is in the way of our trading direction. The distance of this trend line can be a criteria to define the risk/reward of the trade and help to decide to enter or skip the setup. Sometimes this trend line will already be broken after the signal occurred. Then it makes sense to look for horizontal support/resistance areas.