Last Friday I made a live trade call again. This time it was on USDCAD and it got a 1.75R winner.

This setup was also a highest quality reversal setup based on multiple edges that came together at one single moment. Together with the other three setups that I announced live within the past two weeks I analyzed 4 out 4 reversals correctly at the exact time and price.

This 100% success rate doesn't come by chance. I only apply the knowledge that I teach on my website and in the telegram groups.

The situation of the bigger picture (H4/D1) is the most important part to select high probability double top/bottom signals on M30/H1.

And the following explanations will show you why the reversal was nearly 100% sure.

This screenshot shows the moment when I announce the setup live in front of 1200 members of the telegram group: 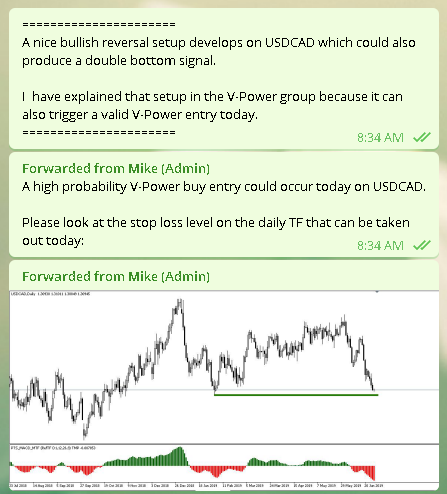 If you look at the following D1 chart of USDCAD you can clearly see that the price is approaching a major sell-stop-level (green horizontal line). The smart money is is driving the price into such levels and then they aggressively buy into the sell-stop orders which are placed by the members of the herd:

The same divergence situation (but on a smaller scale) developed on the time frame H1, as you can see in the following screenshot. 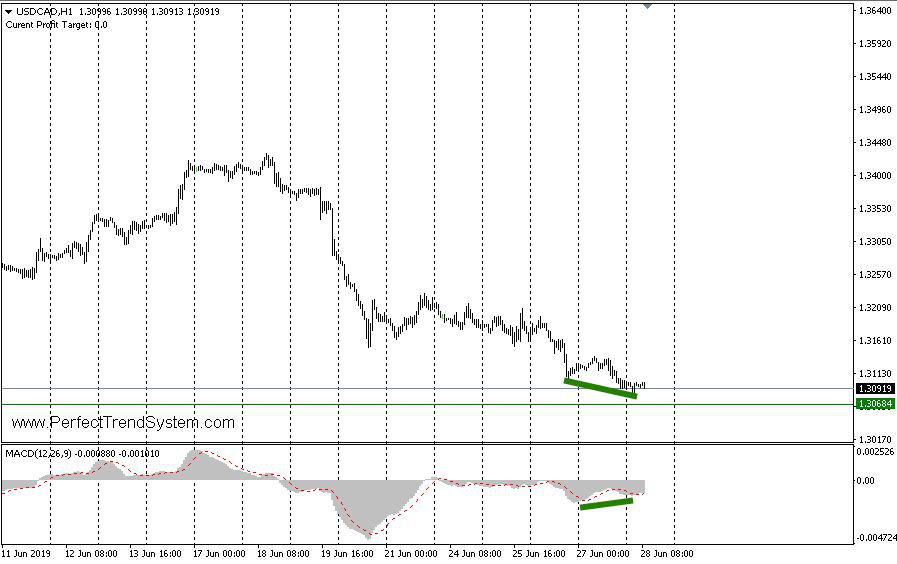 The thin horizontal green line in the screenshot above shows the major sell-stop-price level that I already highlighted in the D1 chart.

After seeing the situation on D1, H4 and H1 I predicted that the smart money will drive the price very fast into the sell-stop-price level. The name of this behavior is a stop hunt where the smart money kicks the herd of their trades or triggers new trades at the worst price!

I also predicted that the smart money will reverse the price very sharply to the upside after the stop hunt. The stop hunt and the sharp reversal forms a V-shape pattern on the chart.

The following screenshot shows the V-shape pattern that I predicted live in the telegram group when I announced the setup: 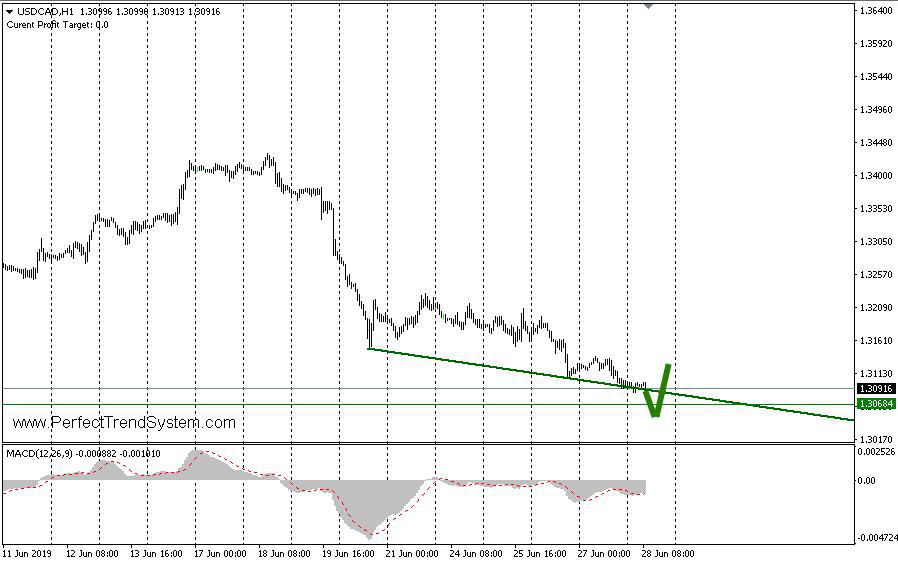 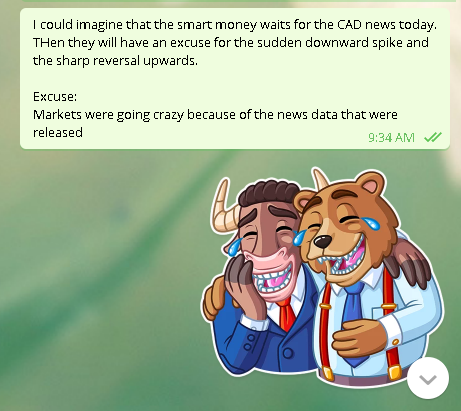 And it happened exactly as I predicted. The smart money did the stop hunt during the news release and sharply moved the price upwards. This gave us the double bottom signal on the time frame H1: 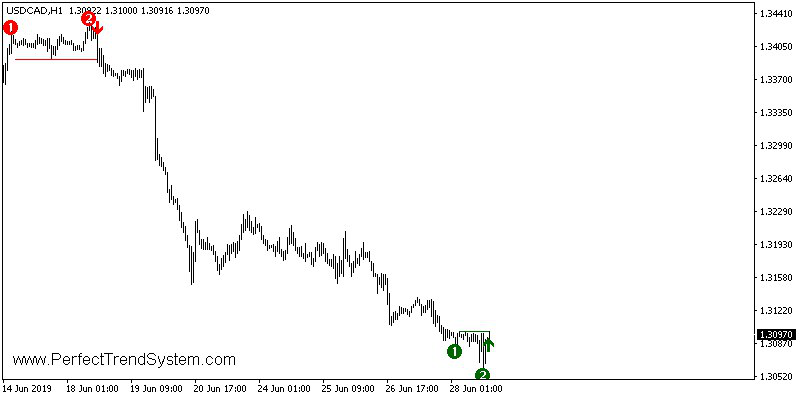 I placed my limit buy orders as always: 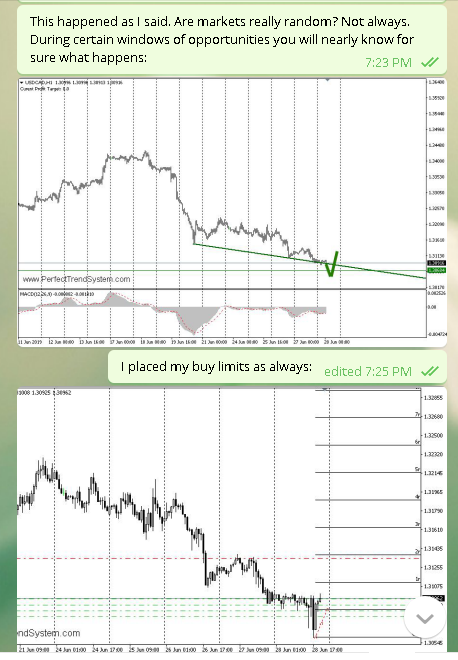 One day later the trade gave a nice winner: 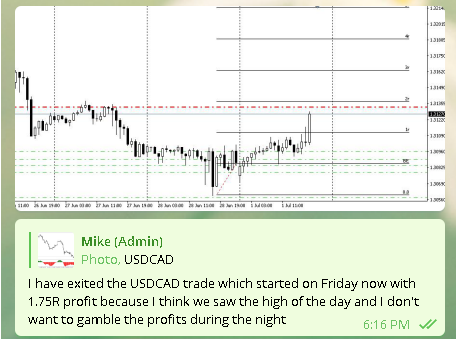