Now let´s look the situation actual in the same time frame (D1) and how its movement develops. In the chart we can see a bearish trend (320 degrees) which implies a very steep downward move formed by a climatic move. This climactic move, is a sign that the bearish trend reversal is about ocurr.

Looking at the 4 hour chart, you can see more clearly the point exactly were occurred the break out above steeper trend line on January 14th. The levels 1.6690 and 1.6628 act as support área at the moment were the price may be bounce upside.

If this pair continue down and cut cross under the support área, it will give more of a bearish look from a technical perspective at least until the next support at 1.6527. See chart on H4.

Technically, the EURNZD on the hourly chart below is currently moving within a descending channel.

The bottom of channel is the long – term bearish trend on D1 and H4.

Channels are just another tool in technical analysis which we can use to determine good places as entries points togheter with possibles Golden/V- Power setup.

This small teaching lesson is about channels, before to analysis the possible Golden setup in this pair.

If I draw two parallel lines each other at the same angle (either uptrend or downtrend) I will have created a channel. Here, I'm taking this trend line theory.

All channels are formed by a top and a bottom which represent potential support (buy) or resistance (sell) areas.

How drawing the lines in a channel

Ascending channel (Up Channel): Simply we draw two parallel lines at the same angle as an uptrend line and then move that line to position where it touches the most recent peak. This should be done at the same time create the trend line.

Descending channel (down): Simply we draw two parallel lines at the same angle as the downtrend line and then move that line to a position where it touches the most recent valley. This should be done at the same time you create the trend line.

We can see in the H1 chart of EURNZD a serie of bullish and bearish channels.

There are different ways to operate a channel. Let's see the two most common by each one (Long and Short):

Signals V_Power_Setup and Possible Golden Setup at the moment

The following signals were get from MT4 alerts on January 22th and January 23th in real-time when a possible entry signal was created.

I recommend do the setps mentioned below:

Rule #1: Search only for V-Power Setups after a day which closes near the high / low of the day!

Rule #2: A tight range must develop during the Asian session with a duration of 10+ hours!

Rule #3: An additional move out of the tight range in direction of the previous day must develop

Rule #4: Choose only those entry signals which occur at least 20 hours after the tight accumulation range started

Rule #5: Choose only those entry signals which occur at least 5 hours before the trading day ends 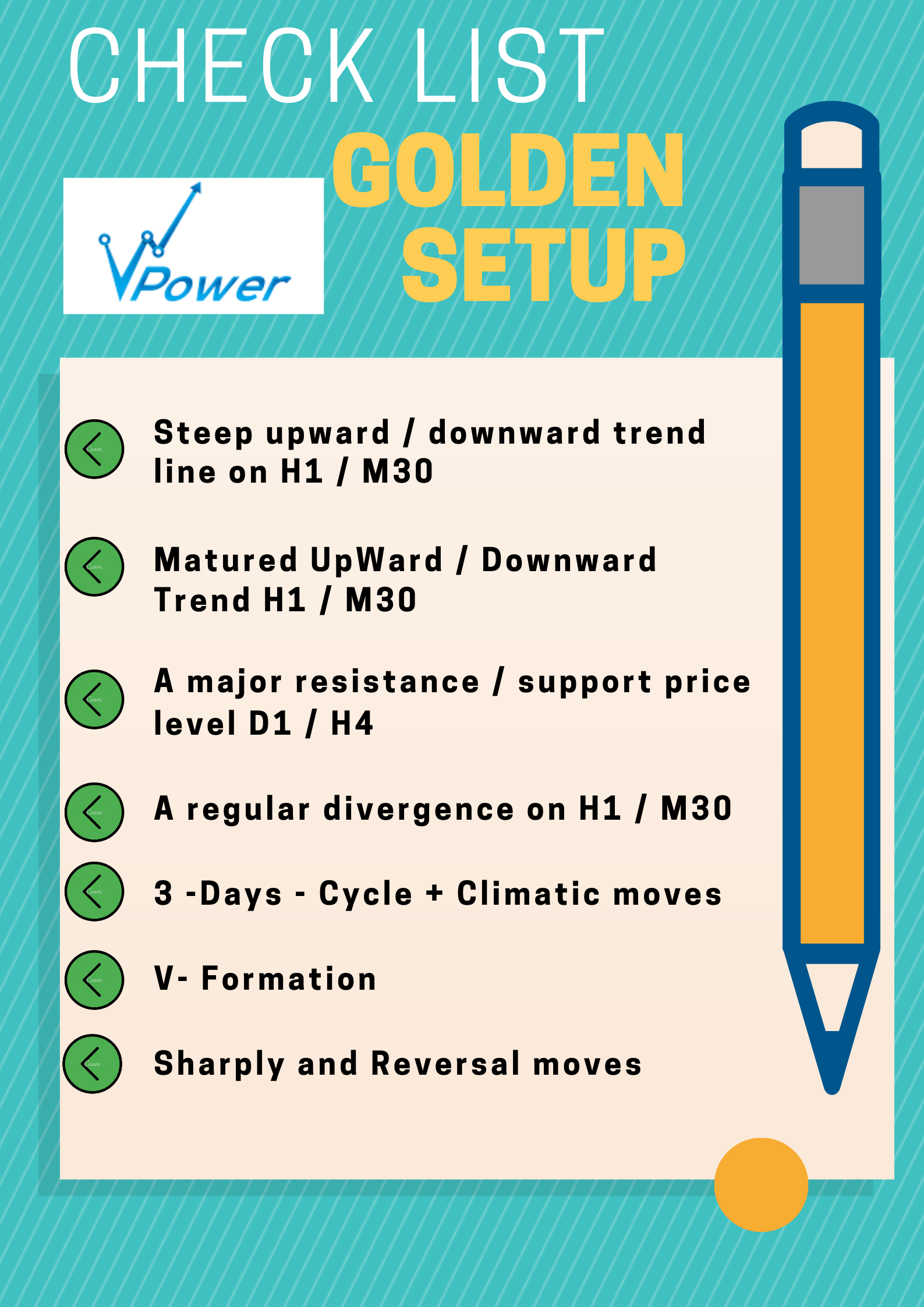