With consent from our member Fabian Widmer I'm allowed to share his great trading results during two days of trading with the V-Power System. More tan 25 trades profitables at the begin this week. 3 screens shows the excellents results 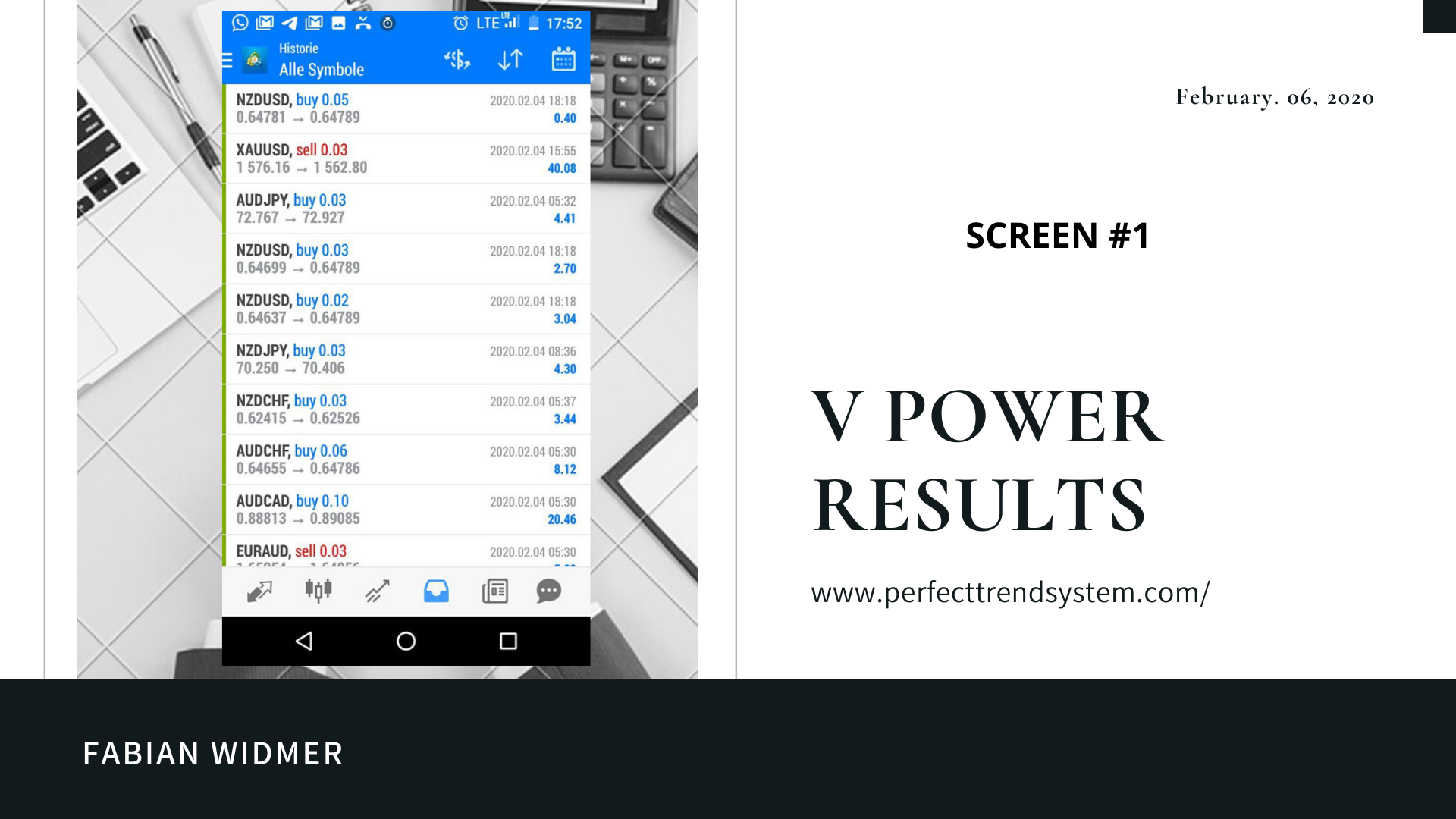 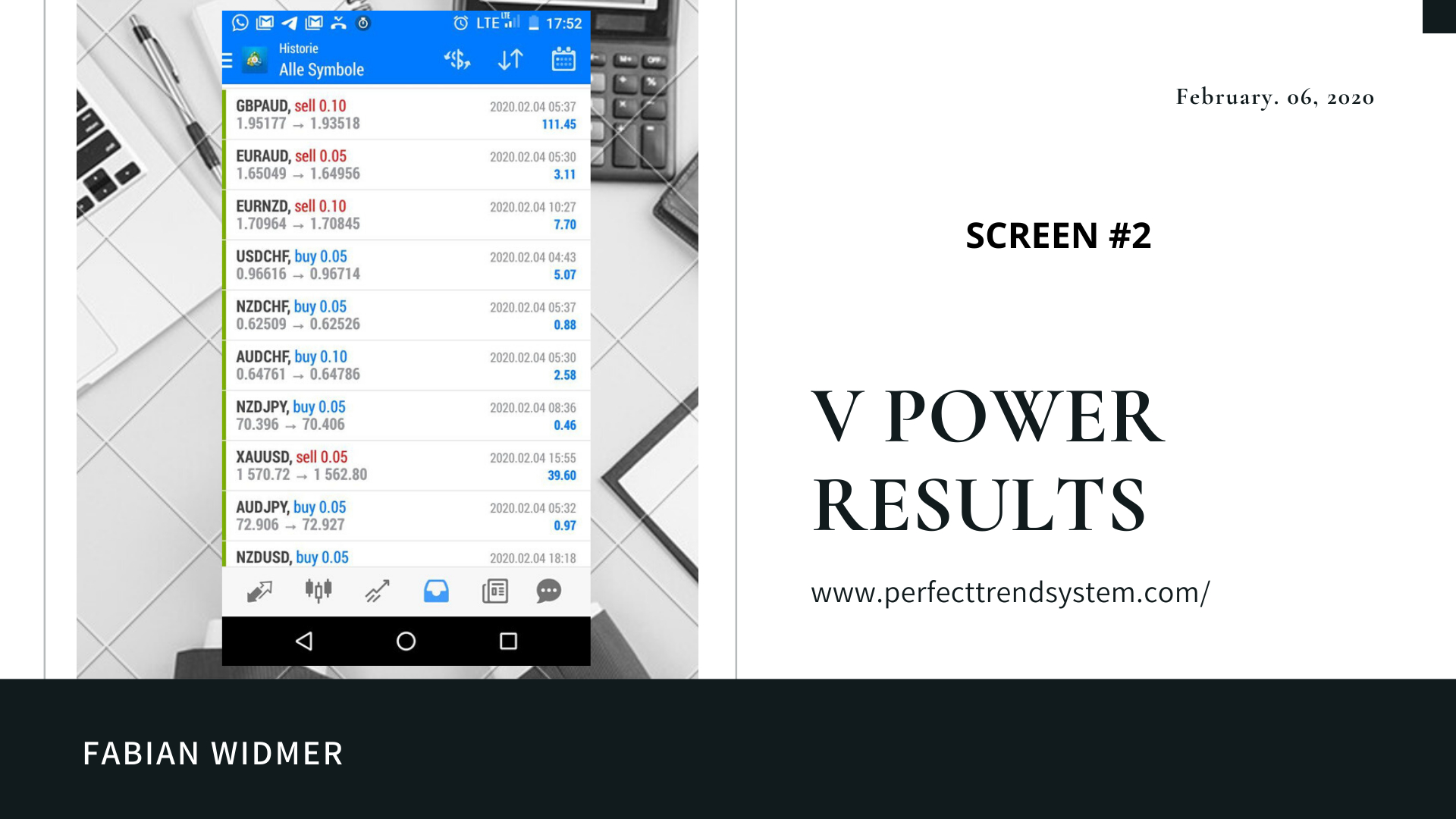 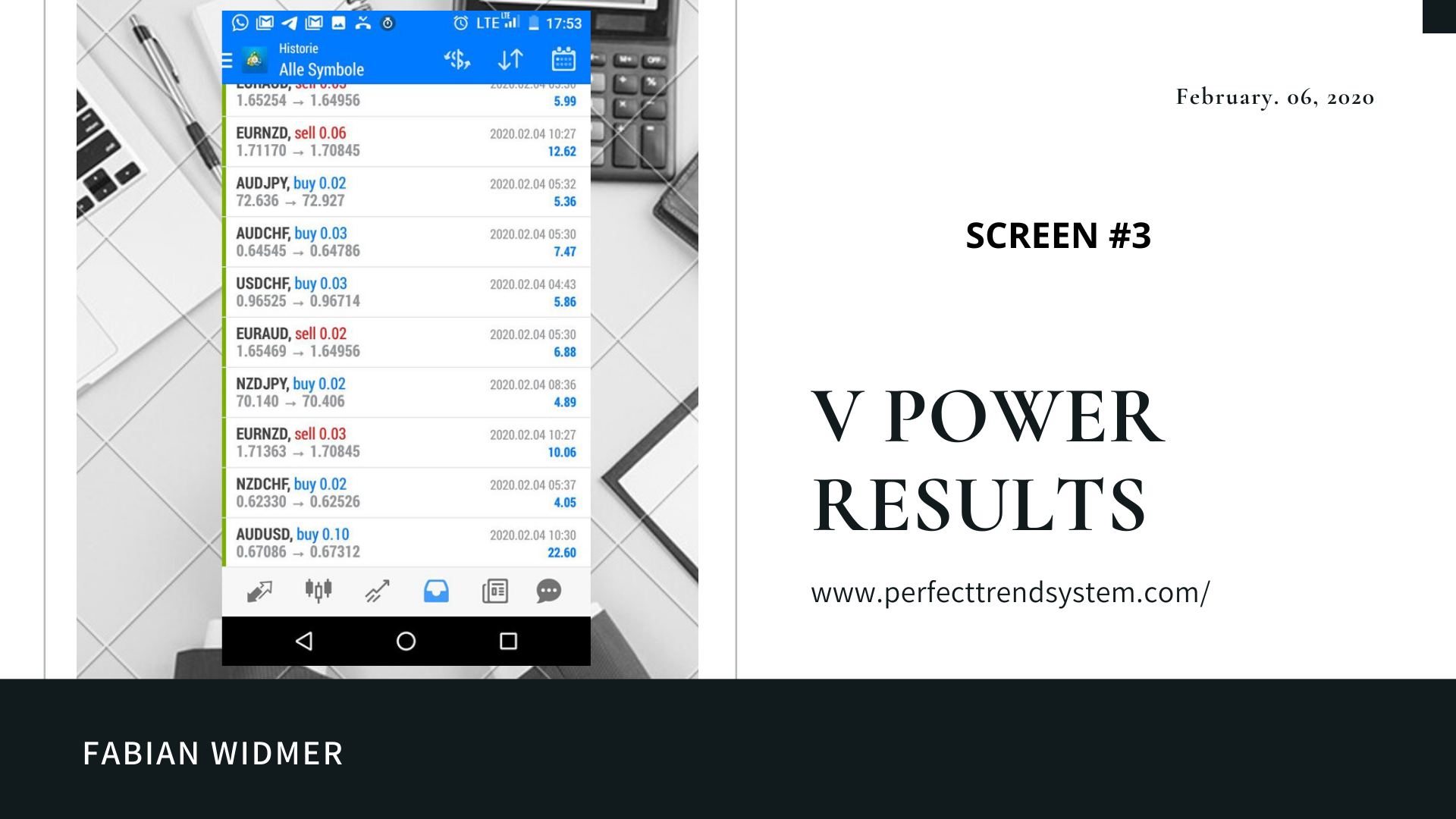 On January 25th was posted possible buy on EURNZD, there was explained how to operate channels.

The image posted was…

Three days later the price had already reached its resistance level and it has remained bullish per two session more around 440 pips.

In the chart H4 we can see a bearish trend (320 degrees) i.e. a very steep downward move formed by a climatic move. In that moment the price action was within support area (major support on D1 and major support on W1) where price bounced upside. Distance between support daily and weekly was around 40 pips (small).

You can see more clearly the point exactly were occurred the break out above steeper trend line on January 14th (labeled with red circle). A day after formed V-Shape (blue shape) that pushed prices higher.

The following screenshot on H1 shows the area where the price action nearly tested the support on D1 and as well  touched a couple times the steeper trend line that in that time acted as support. A bullish pattern (V-Formation) at previous support area @ 1.6663 was enough for push the price higher during 3 days. PTS_V_Power_EA also drawn the first green box of the new bullish trend. This momentum was enough to reach resistance on 1.6919 (around 140 pips).

The following analysis are based on steeper trend lines and supports/resistances that are being tested or about to be tested.

For considering, the article posted on January 7th about steeper trend line: