Our friend T Voung is member the very active private V-Power group and this week has shared with us trading results; all trades with the V-Power System. 8 trades profitable during two days. 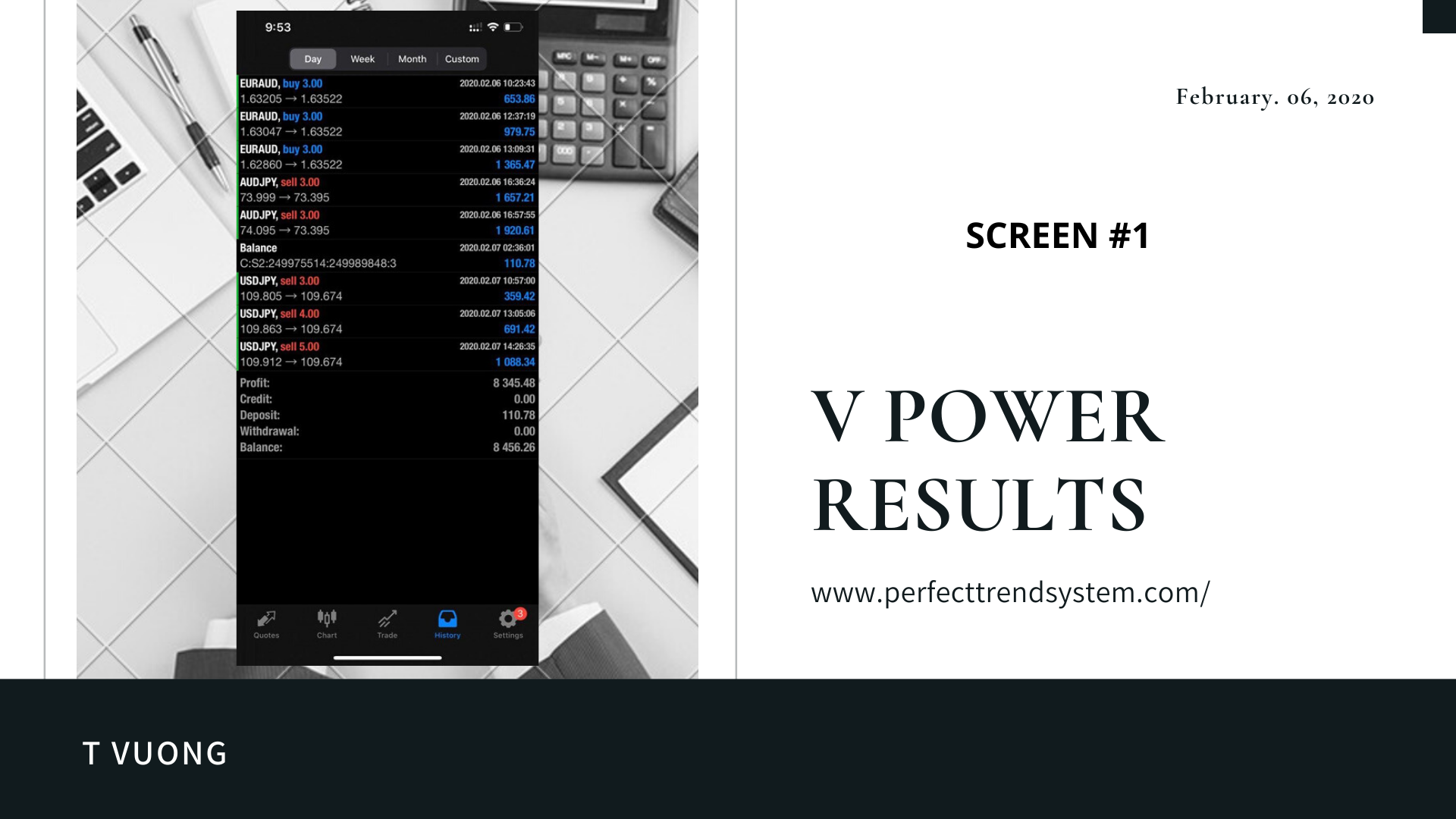 On Frebruary 1th was posted possible short on GBPAUD.

In the D1 time frame we could see on GBPAUD a strong bullish trend during 13 days. On January 31th a bullish price action was developing.

It was announced that a short term correction lower was possible and in effect a bearish reversal occurred.

When we switch to H4 time frame there were three bullish movements that drove the highest price.

In the screen it can be see three bullish trend lines:

At the same time price is too strengthen from MACD.

And if you look at the details of the upward move then you will recognize that the move had a duration of 3 days (labeled with numbers). The price action moved above resistance slightly and an downward reversal (inverted V Formation labeled with blue color) it developed in that moment.

The following chart shows the H1 time frame. We can see the red major resistance line @ 1.9521 which was penetrated by the price action that lead to the stop Hunt/final acumulation above the major resistance on W1.

Price was gradually climbing (inching higher and higher) in a period of 13 days and by means of last very steep upward move heading a new high which broken the major resistance on W1.

In the screen it can be see fourth upward moves. The last upward move (very steep upward move 68 degrees tilt) reached the resistance and broken it..

A bearish divergence (red rectangle) developed in this same time frame which already gave a signal that a reversal to the downside will most probably occur. Nested divergence (H1/M30) showed by PTS_Alerter_MACD_Divergence_Box (see chart).

When formed the V-formation the sell signal was evident because several factors were confirming the fall of the GBPAUD as divergence H1/M30, matured trend, resistance broken and inverted V-pattern.

The following analysis are based on steeper trend lines and supports/resistances that are being tested or about to be tested.

For considering, the article posted on January 7th about steeper trend line:

Possible SHORT on US100.